Following on from Part 1 and Paul’s original post of the same name I know want to take a look at the more emotive and subjective issue of performances.

Are Performances Good Enough to get Liverpool into the Champions League?

This season there has been a steady stream of debates about Liverpool’s performances. The main ones include, but are not limited to:

1. Jamie Carragher and the defensive line
2. Charlie Adam and a 2 or 3 man central midfield
3. Andy Carroll and a two-striker formation

I’ve also seen lots and lots of debate about the perception of things like ‘fluidity’ and ‘flexibility’. On the other hand, I’ve also seen plenty of “what if” debate in that Liverpool “deserved” to get more points in many matches this season but didn’t. To my mind, if you “deserved” to get more points from a game then that’s an indicator of a good performance. So which is it? Are performances bad or not? Is there nuance to the “badness”? Or is it all just perception?

This analysis will be based on the Opta data and let me acknowledge straight away that Opta does not have a “How Close To Barcelona Was That Performance” metric. Also I’m fully aware of the limitations of the current Opta data e.g. no-one is collecting “off the ball” metrics about things like movement, marking and positioning yet. However the Opta data as it stands can still be used to tell a story and highlight key trends and areas to investigate.

There’s also a philosophical aspect to this subject matter. Does the performance have to be aesthetically pleasing or does it just have to be effective? If people perceive that a team is ‘rigid’ or ‘prosaic’ yet, compared to its peers, it’s creating loads at one end and conceding not very many at the other, does that matter? The Opta data will definitely help us answer the latter part about effectiveness. 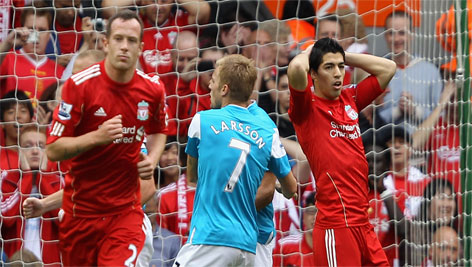