It’s funny how some of the more lauded older generation of football writers can be so wrong about modern Liverpool FC. Sometimes it takes supporting a club, and following its fortunes closely, to know what you’re talking about. Dipping in and out when it suits tells you little, no matter how much you dress up your conclusions in fancy prose.

The amount of articles that James Lawton of the Independent has written laying the boot into Rafa Benítez (who fans, he says, were wrong to admire) and praising Roy Hodgson (who was ‘mugged’ by said fans) has just increased by one, from an already large number. Now, Dalglish joins Benítez as a man to whose failings were are blind, just as we were blind to the greatness of Hodgson.

Look at this garbage (I won’t link to the article, on principle):

“Unfortunately, the unsayable is beginning to be said because for all the signings, all the old excitement of a club on the move, the now unavoidable truth is that the records of Kenny Dalglish and Roy Hodgson are not exactly separated by a chasm that might readily explain the joy with which one was received and the contempt that went into the dispatching of the other.”

Okay, a bold statement. The evidence?

Okay, the win percentage. The difference between 42% and 51% in all competitions is actually quite a chasm; the former is ‘Souness ballpark’ and the latter is the figure mustered by Evans and Houllier (independent of each other).

It’s funny, but the same people that slated Hodgson’s predecessor over his league record (which was 56% of games won), now throw fairly meaningless cup games into the mix; as if reaching the Europa League semi-final in Benítez’s final season was ever used by these same critics in his defence. Of course it wasn’t. When Benítez was in charge, it was the league, the league, and only the league as far as his snipers were concerned (given that his team made it to four European semis in six seasons). Now Hodgson winning a few games against substandard Euro opposition is grouped in with dire Premier League form, to skew the meaning.

But of course, while league records compare like with like, the cups do no such thing. Hodgson had one domestic cup tie (100% of his domestic cup ties!) at home, against one of the worst teams in all four divisions, which he lost in spectacular fashion; plus the early stages of the Europa League. Dalglish had the latter stages of the Europa League (better opposition, if hardly the elite), and has  faced only away fixtures (100%!) in the domestic cups, including trips to Old Trafford and the Britannia.

Even an imbecile can spot the difference in the challenges faced. Early stages of a competition vs later stages? Home games against rubbish teams vs away games against strong teams?

Or, the difference between Champions League football and scraping out of a relegation battle by seven points.

If that isn’t a chasm, what is? As this site’s Andrew Beasley pointed out, Dalglish could lose the next TWELVE league games and still have a better points per game than Hodgson.

Yes, there were different circumstances, but again, Lawton chooses to ignore context (the kind of opposition faced) when it suits him.

Dalglish has had more money to spend, but virtually no Gerrard, and lost Torres, even though he finally started scoring again (three in five) after the prehistoric football served up by the former Fulham manager; Hodgson had Gerrard and Torres fit every game, even if his use of the latter was embarrassing.

People like Lawton will not stop until they’ve re-written history. He didn’t have to watch Liverpool every week under Hodgson, although anyone could have read or listened to the press conferences, in which bizarre excuses were trotted out, and an air of defeatism thrown over us like a chloroform blanket.

Hodgson is very good at managing small expectations; awful at dealing with any more than that. Throughout his career in major leagues, no matter whether he’s at a big club or a small one, he wins around 33% of league matches; great for a small club, terrible for a big one.

It wasn’t the Liverpool fans who mugged Hodgson; it was Hodgson and his cronies who mugged us. 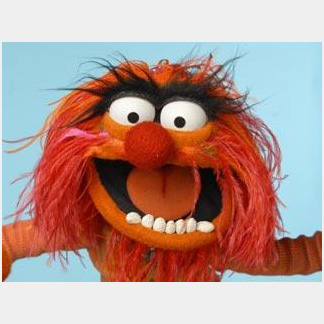