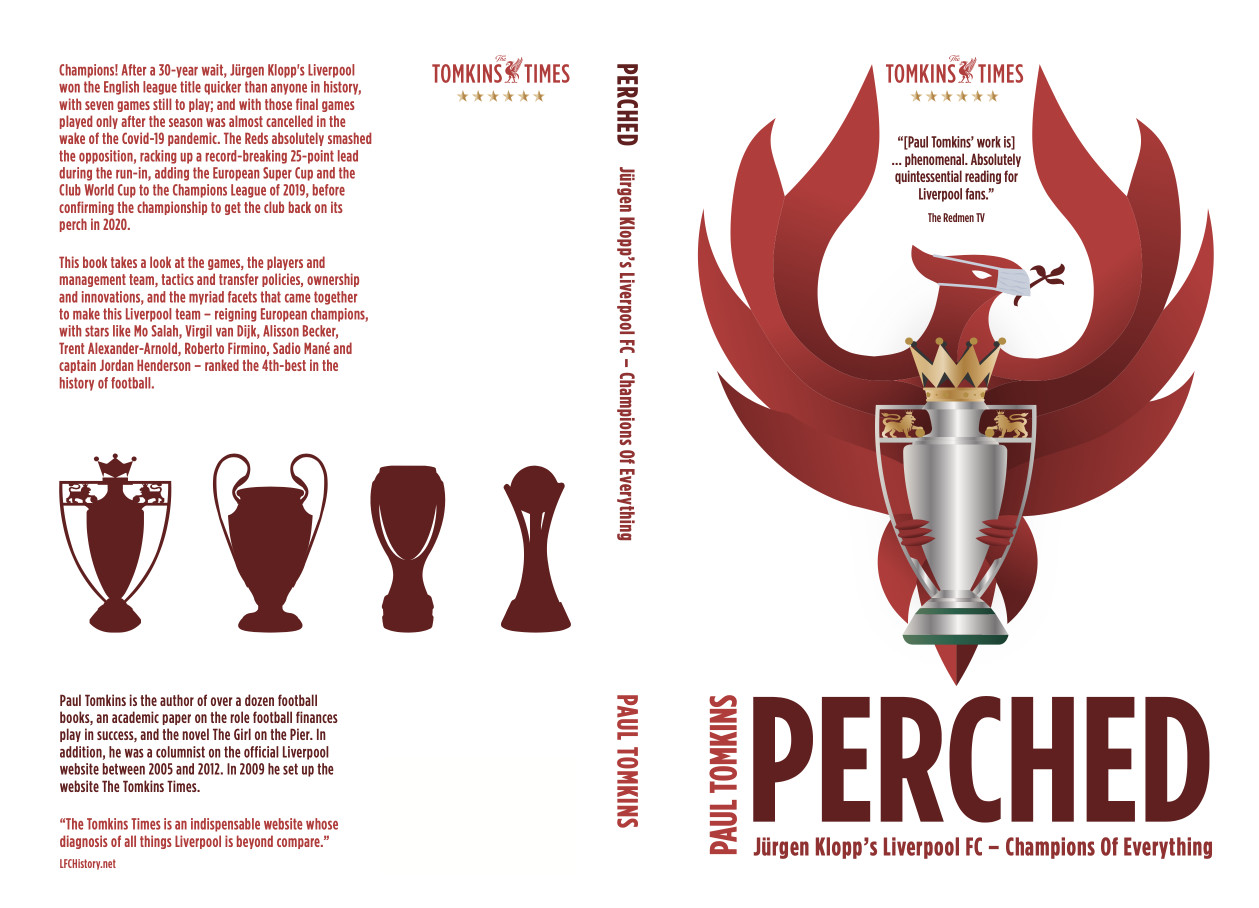 What follows is an excerpt from my new book, which in some ways covers ground I’ve gone over before, but offers new insights; and as ever, I’m always looking to expanding on existing ideas and take them further. There is a small amount of duplication from Mentality Monsters, but last year’s book focussed a lot more on transfers overall; after all, 2019/20 saw no new first XI players join the club. Perched covers the action on the field, and various types of analysis as to how the remarkable success was achieved.

It also seemed the most apt right now, as it relates to the transfer market, and the types of personality Liverpool seek out; and perhaps, why the standards actually make it harder to buy someone new (as well as Covid-19 putting the kibosh on the club’s finances for the time being, in order to maintain the current fairly high wage bill).

And while that does not mean the Reds now only sign fully anointed saints, it’s interesting to see players at other clubs constantly flout things like lockdown laws (Jack Grealish appears to be a one-man wrecking machine), quarantine bubbles, and even get into drunken fist fights in far-flung locations that result in 21-month suspended jail sentences.

Anyway, onto the chapter…

There are many ways to make a team exceed the sum of its parts, but this chapter will focus on just a few, including some methods Jürgen Klopp adheres to. Because one thing about Liverpool’s meteoric rise under the German is that none of the players arrived as world-class, and by the end of 2019/20, you could say that at least seven or eight now had that standing within the game. While not exactly plucked from obscurity, many of them, just a few years earlier, had barely played Premier League football or represented their countries on more than just a handful of occasions.

While the recruitment at Liverpool has been sensational (as it was during Klopp’s time at Dortmund in a way that it was not before and after), one area where the manager has taken the data and the video analysis provided by smart people at Melwood and made the process more successful is with his insistence – dating back to those jobs in Germany – of signing “no dickheads”. By this, a player need not be a total nightmare to be classed a dickhead; but it’s a way of weeding out the time-wasters, the bad trainers, the egotists, and those who care only about the match (the end goal) and not the process.