While most managers’ tenures can be split into two distinct halves – especially with a dip usually preceding the sack – it’s fair to say that few managerial reigns fit that description as appositely as Gérard Houllier’s.

Perhaps his ruptured aorta – which could easily have killed him – marks the split between the Houllier Liverpool fans loved and the one who fell so swiftly out of favour. Of course, it’s rarely as clear-cut as that, but I can’t help but sense it must have played some part.

Looked at forensically, does his transfer record suffer as badly his league form following that near-death experience? And at a time when Arsene Wenger was bringing some brilliant Frenchmen to English football, did Houllier do the same? Who were his best buys, and how much money did he waste? 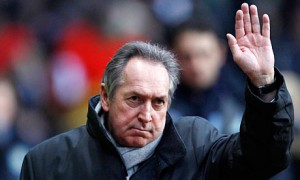