Every day this week I’ll be looking at the transfer records of each Liverpool manager during the Premier League era, with Graeme Souness followed by Roy Evans, Gérard Houllier and Rafa Benítez; and the series concluding on Friday with a bumper look at the record of the club since the summer of 2010 under three different managers, two sets of owners, a director of football and a transfer committee. Also in that piece will be the direct comparisons between everyone covered in the series. 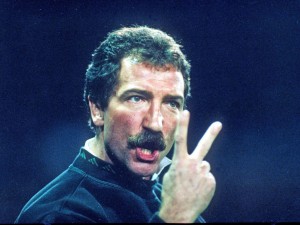 Two good signings? You say that to my face…

For years I’ve felt that the main reason Liverpool crumbled as a force was the wayward spending of Graeme Souness – albeit from the starting point of an ageing XI, and the aftermath of Hillsborough.

But does that stand up to further scrutiny, particularly when converting the fees paid (and received) into 2015 money, using our Transfer Price Index? And how do Souness’ signings look when the data is run through the TPI coefficient I created, which rates deals by looking at the profit/loss, as well as appearance data?

In retrospect, did Souness sign some gems, or were Paul Stewart and Julian Dicks – lumbering lumberjacks squeezed into football kits – representative of his transfer business?