Brendan Rodgers says he’ll analyse our second-half display at Goodison, in order to prepare his side for a return to winning ways against Hull at the weekend.

“…. we’ll look at the aspects and analyse parts of the game in that second half. We didn’t pass the ball well enough and our positioning maybe didn’t allow us to do that.

“But I’ll also go away looking at my team and thinking again that we’ve taken another step forward in our mentality and our quality.

“We’ve shown that we are going to be able to go anywhere this season and be very strong.”

Rodgers also says Daniel Sturridge needs to to shape up in training or get used to spending more time warming the bench(Daily Star).

“I have seen it before. There is a trend. There are maybe some games when he hasn’t played well and that has happened on the back of not training.

“I have got to make a call. Do I put him in again? I know the games in which he has been very good.

“The games he has disappointed in have come when he hasn’t trained. That was the call I made for the derby.

“It is very simple for me. With any player, you have to put yourself on the training field. If you do that, you will be in with a chance of playing.

“If you don’t do that, there is a consequence – you don’t play.” 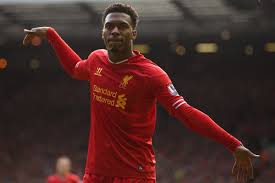 Jose Enrique is not expected to return to action until February after having surgery on his right knee.

Interesting piece in the Mirror about LFC fans in our favourite city, Istanbul, watching the Merseyside derby:

Istanbul’s Liverpool Supporters’ Group felt the same joy and despair as those sitting in the Goodison away end.

The group, founded via social networking sites in 2010, have progressed to some 3,200 online members across Turkey, with fans watching matches in Ankara and Izmir, as well as Istanbul.

Here, though, a group of around 50 Turkish Liverpool fans huddled over beer and Guinness, as Daniel Sturridge eventually completes the scoring.

The official site has an update on how our loanees are getting on – including Suso playing 90 mins in a 0-5 home defeat by Real Madrid.

Variety, the Children’s Charity, said it was “overwhelmed” by the support received at Saturday’s charity fundraiser gala dinner “Variety Honours the Hillsborough 96” after raising more than £100,000. Reds supporter Chris de Burgh entertained guests at the event.

Finally in this section, today, November 25, we remember little Stephen Packer, an U9 Academy player who sadly passed away a year ago after an incredibly brave battle with cancer.

Liverpool are said to be keeping tabs on Burnley striker Danny Ings, who is attracting plenty of interest from Premier League clubs.

Liverpool want to sign Everton – yes that’s right, the Reds are scrapping it out with Man Utd in a bid to sign versatile 24 year-old Everton Ribeiro.

The Brazilian plays for Cruzeiro where he’s scored seven goals in 14 games on the left wing this season, though he’s also capable of playing as an attacking full back.

Manchester United and Liverpool are also both considering a move for Atletico Madrid winger Arda Turan this January – despite his €40 million minimum fee release clause.

And again – AC Milan are the latest side to express an interest in Liverpool and Manchester United target Koke and have sounded the Atletico Madrid man out over a move to the San Siro.

Liverpool v Manchester United Round 4 – both clubs’ scouts were said to be impressed by Dundee United’s 17-year-old midfielder Ryan Gauld after he laid on assists for all four goals in their 4-1 win over Partick Thistle. The Tannadice club are demanding £6m for his services (Daily Mirror).

Leighton Baines limped off in the Merseyside derby and is expected to be out until the new year with a broken toe.

Former Manchester United centre-half and survivor of the Munich air disaster Bill Foulkes died today at the age of 81. Our respects. He played in the ’60s in the same side as Best, Law, Charlton and Stiles.

The Eagle has Landed – probably an appropriate aerial reference as Tony Pulis has been confirmed as Palace’s new boss.

In one of the odder stories, Cardiff striker Fraizer Campbell revealed that during his time at Manchester United, former manager Sir Alex Ferguson used to pull out a sword during youth team meetings to ensure his young players at Old Trafford behaved themselves (Daily Mail).

Insert the joke of your choice here.

Does The Anfield Engine Room Need A Tune Up?, by Krishen Bhautoo.

Picking up from an earlier post by Matthew Young, Martin McL summed up the feelings of many when he said :

My lack of enjoyment of watching games stems from the fact that last year there was nothing to play for and I could just enjoy the games. This year I have the internal monologue of “please dont’ f**k up, please don’t f**k up…” because every game feels like it’s vital. We’ve had meaningless games for years and now all of a sudden they’re important again.

Daniel Rhodes agreed we’re on an emotional rollercoaster this season but he’s enjoying the ride:

I’m loving every second of it – for the exact same reasons.

When we’re good, we’re out of this world good.

When we’re bad, we seem to be nicking points or wins (Bar Soton or Arsenal).

Every game, thus far, has had extreme pressure, and most of the players have responded.

I used to read the transfer gossip column every morning, now I just look at the league table for kicks.

It might last, it might not. That’s the beauty of the process. I’ve got my ticket for the rollercoaster and I’m not getting off till after we’ve had plenty more loop the loops, even if it does make me feel a bit nauseous at time!

It is hard to tell how good we are at this moment, we have been fortunate that the teams around us have been inconsistent, which makes it feel like we are in a false position. That said, we are probably as fluid as anybody in the league going forward, and in Mignolet we argubly have the in form keeper in the league.

One area where we have improved hugely this season is mentality – we are finding ways of grinding out results when we aren’t great, like Saturday.

After the success of the Red Sox my feeling is John Henry will sanction 2-3 big signings in Jan. This season we haven’t yet hit the heights – but we have been presented with a huge opportunity – its important that we do everything we can to take it.

Dan Kennett made the point that “Rodgers has now overseen a return of 1.84 PPG (70 over a season) for 45 (FORTY FIVE) matches”.

Thundyr looked at the PL just now and wondered:

But here is the really interesting stat: only three teams have conceded fewer than City’s 12, and they are the other three teams in the top 5.  So maybe this is just a case of a league that either can’t remember how to defend, or a league filled with potent attacking forces.

In this superb post, jimtheoracle captured the duality we all feel, the qualified pleasure, the apprehensive satisfaction:

As a preface and caveat to anything I might say it must be noted that as it was the Merseyside derby form proverbially goes out the window and it became an emotional match rather than a particularly intellectual one. That on its own is not a huge issue we need players to be emotionally attached to the team. But we also need players to control and organise. I saw precious little of that on Saturday. We were so childlike in our defensive set up, which as long as we keep scoring isn’t necessarily a huge problem but as we saw against Arsenal those teams who are significantly better than us with the ball are going to be able to beat us simply by virtue of the fact that if we don’t score, there’s not many other ways for us to get something out of a game. We’ve seen Brendan try three at the back and in recent weeks go back to a four mainly it seems because he is struggling to solve the question of midfield cover.

But I have the weirdest mixed feelings about this season, despite the excellent league position. For me the picture is no clearer, some really good play, good results and very good league position. But there is a silent But behind all of it.