Talking Tactics – The Book! The Podcast!

Talking Tactics – The Book! The Podcast!

By Bob Pearce and Mihail Vladimirov

I was reading Mihail’s post match in-depth tactical analysis on The Tomkins Times each week with both awe and fascination. Yes, it was ‘obvious’ now he’d explained it, but I’m sure that it wasn’t ‘obvious’ when I was watching the game. How could he be seeing what was invisible?

Then another game came around it was the same thing all over again. Week after week it happened. Games would end and I’d think I knew what happened, but would decide to reserve judgement until Mihail’s analysis highlighted what I’d missed. Most times it turned out that there was plenty I hadn’t seen.

The good news was that it confirmed what I had been thinking for several years, which was that there is far more to football than the surface appearance of goals, stars and drama.

The bad news was that I didn’t know where to get a pair of the glasses that would let me see what Mihail saw when he watched a game and would help me to see all this hidden stuff that was happening right under my nose.

The best way forward (or, more accurately, the only way forward) was for me to start asking questions and see where it took us. We were just two fans talking about football tactics. Three years later we had completed 18 articles in a series called ‘Tactics for Beginners’.

We talked about compiling the pieces together, along with a collection of related articles, and making it available to a wider audience. It was my dream to give that book what I thought was the very clever title of ‘This is Fantactics’. But when everything was all put together and the time came to agree a title Mihail was no longer a fan. He was now employed within the world of professional football.

So it’s called ‘Talking Tactics – You’ll Never Look at Football the Same Way Again’ by Mihail Vladimirov and Bob Pearce, and is now available on Kindle for £4.59. 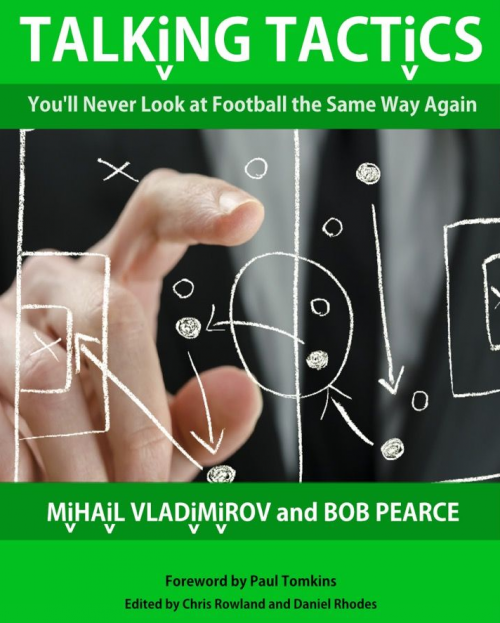 The Week That Was: Sturridge Strikes for England