Seems futile writing a scouting article about a player we’ve signed, especially when the club seem to be employing the best Southampton scouts, by paying a huge premium on transfer fees once they’ve established themselves on the south coast.

Holding my hands up, and I’m not going down the fume route at all, but the transfer fee going into the Saints’ coffers, once again, is my biggest concern. He played well against us, but that is no reason to go and buy a player. Perhaps more importantly though, our defence has hardly been solid, so I’m very reluctant to praise any player who does well against us. 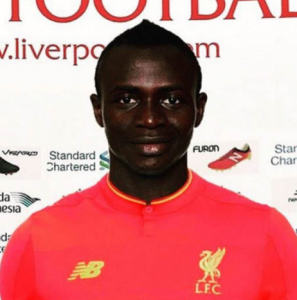 Whenever I’ve seen him, and that was an albeit small minutes sample, he seemed strong, incredibly quick on the break with the obvious ability to dribble at a rapid pace. He seemed wasteful on the ball though, often picking the wrong option, and rather than bringing a teammate into play, he’d try to beat another player. His finishing seemed composed, especially for a winger. His closing down of the opposition trying to play out from the back was impressive, although not always in sync with the rest of his team.

Here’s his first interview with the club:

I must admit though, his stats profile and some positive words from football coach and author Jed Davies, makes me think that this deal, just about, makes sense for both clubs.

All stats below are midfielders only. They may have played up front at various points, but in the Opta feed they’re classified as midfielders.

The rest of this article is for subscribers only, including videos looking at Mané’s shooting, dribbling, acceleration, strength, through-balls and best bits using professional scouting software.