Ever since Adam Lallana joined Liverpool in the summer of 2014, there have been debates whether he is actually good enough for us. Generally though, most agree that he has qualities but lacks the killer instinct (and pace) to make him a top player.

So, to look into it with a bit more detail, I’ve decided to compare his stats over the last three seasons (two with LFC and his last at Southampton) with other players in the league who play in a similar position to him – essentially anyone who plays behind the front man/men.

“It is very important in football. It is not a proposal, it is law.

“You have to do it and you will. That is what we all have to learn, maybe. I’m only interested in 100% of each player. Now we have to work on that.”

So unless you want to break the law, you best be good at pressing! 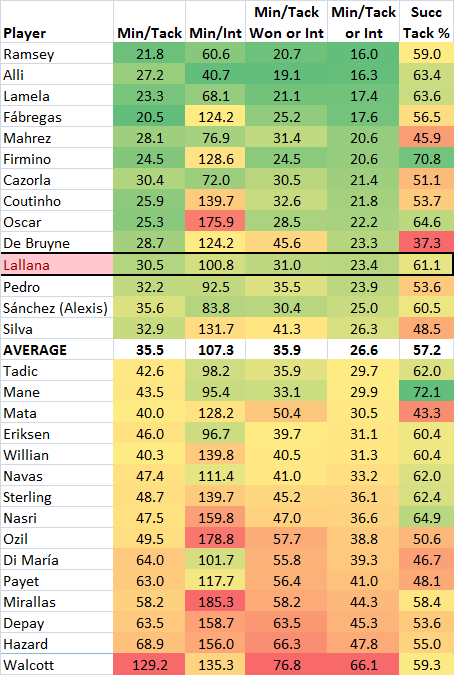 Firstly, Lallana is better than the average on every metric here which bodes well. Obviously, other players will have different instructions but if we look at his overall output we see that he does contribute. Being able to launch attacks from high up the field is a key part of how we will look to play.