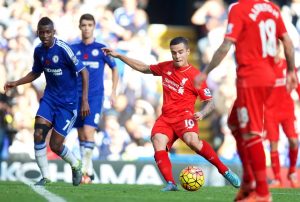 Liverpool play their final game of the season at Anfield on Wednesday evening – 8pm kick off UK time – with Chelsea the opponents in a clash between 8th and 9th in the Premier League. Liverpool’s 3-1 win at Stamford Bridge back at the end of October was our first win following a sequence of nine games without a victory against Chelsea in all competitions (six of those in the league).

The corresponding fixture last season ended with a 2-1 victory for Chelsea making it back-to-back wins for the Blues at Anfield in the Premier League following the 2-0 win in April 2o14.

Chelsea enter this fixture on the back of a 2-3 defeat at Sunderland, making it three defeats in their last five in the league, with the 4-1 win at Bournemouth their only victory in those five games. Liverpool’s 2-0 win over Watford on Sunday ended a two game win-less sequence in the Premier League following a home draw with Newcastle (2-2) and a 1-3 defeat at Swansea.

The visit of Chelsea to Anfield on Wednesday evening will be Jürgen Klopp’s 50th game in charge of Liverpool, an impressive milestone considering he took over with with the campaign already two months old and with Liverpool having already played 11 games under Brendan Rodgers.

Liverpool’s record against teams managed by Guus Hiddink (all competitions): 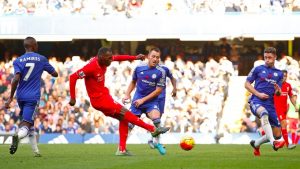