Liverpool’s 1-1 draw at Old Trafford – a game in which United’s keeper was yet again the busier – confirmed the changing tide between these two sides. One is flying up the u-bahn, the other is heading towards the u-bend.

Maybe United will be better next season under a manager interested in doing something with all that possession, but van Gaal’s team are starting to resemble Liverpool at the start of the Premier League era: lots of older players quickly replaced by mediocre, overpriced talent, with just a couple of youngsters offering something to cling on to. (It’s also particularly nice that Ferguson’s legacy now looks so poor.)

Over two legs, United could only muster a penalty, whilst David de Gea put in two of the best goalkeeping displays I’ve seen to keep the aggregate score respectable (the first leg particularly). 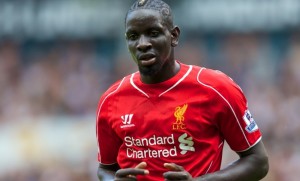 At the heart of Liverpool’s increasingly comfortable draw tonight was Mamadou Sakho, while ahead of him, Emre Can bossed the midfield. If you don’t get this player, I don’t get you. By contrast, Marouane Fellaini only looked of any use when he was trying to knock Liverpool players unconscious; give him time and space on the ball and he won’t know what to do with his elbows.