The first ever meeting between English clubs in European competition came during the 1962/63 Cup Winners’ Cup when Tottenham faced Man Utd in the 2nd round. The Red Devils lost the first leg 0-2 but won the return leg 4-1 to progress 4-3 on aggregate. They have been unbeaten against teams from England since, winning six and drawing two of the eight matches faced against other English sides, with the 2008 Champions League final against Chelsea won on penalties after the match finished 1-1 after extra-time.

In comparison, 12 or our 18 matches against English sides have come in the Champions League since 2005, with ten of those 12 coming against Chelsea. Of those 12, Liverpool have lost three, drawn six and won three. 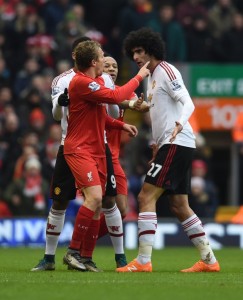 Man Utd’s failure in the Champions League where they won two, drew two and lost two in a group featuring Wolfsburg, PSV Eindhoven and CSKA Moscow, was rewarded with a bite of the Europa League pie. They faced Midtjylland in the last 32, losing 1-2 in Denmark before recording a 5-1 victory at Old Trafford to seal their progress. That defeat in Denmark means they are win-less in their last four European matches away from home but they’ve won four and drawn one of their five matches at Old Trafford.

Liverpool overcame Augsburg 1-0 on aggregate in the last 32, with the 1-0 victory at Anfield good enough to progress to the last 16 after drawing 0-0 in Germany. The Reds are unbeaten in European competition this season, winning three and drawing five. Motivation is never lacking when Manchester Utd are the opponents but with four consecutive Premier League defeats against Louis Van Gaal’s side, there’s more than enough incentive to dump them out of Europe. 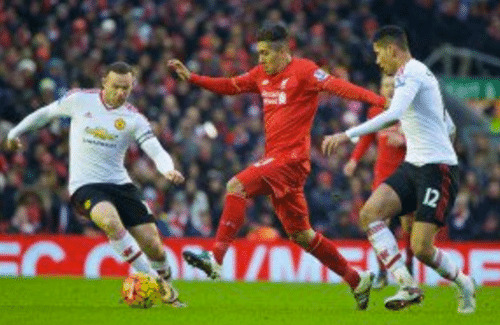 Denotes not named in current squad 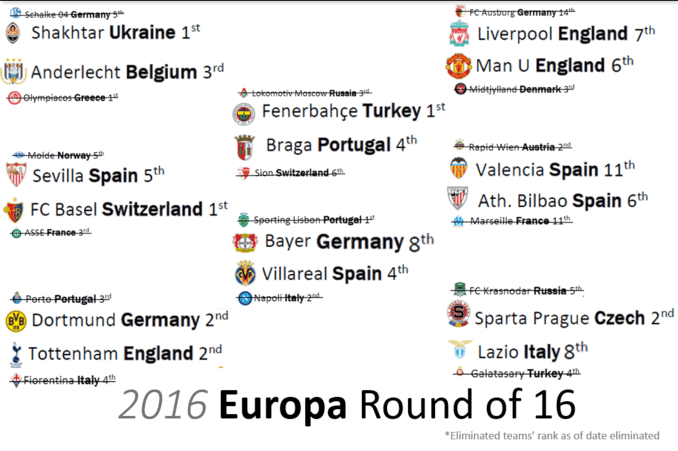