The Week That Was – Friday 5th February

The Week That Was – Friday 5th February

Philippe Coutinho, Divock Origi and Martin Skrtel are set to join Sturridge in returning to training later this week. (LiverpoolFC.com)

Liverpool rejected a £3m bid for Jerome Sinclair by Watford over the weekend.

Liverpool confirmed the West Ham United FA Cup fourth round replay will be at Upton Park on Tuesday February 9, kick-off 7.45pm GMT. The game will be screened live on BT Sport 2.

Jamie Carragher was at AC Milan’s derby win over Serie A rivals Inter Milan and managed to get a picture with one of Italy’s greatest defenders, Franco Baresi. Carragher wrote: “Just getting ready for #DerbiDelaMadonina with the best defender I’ve ever seen! #baresi” 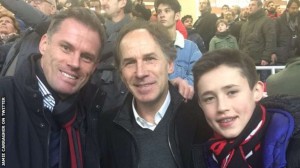 Newcastle ended their interest in Jose Enrique, 30, after discussions about the player’s contract demands.(Chronicle) 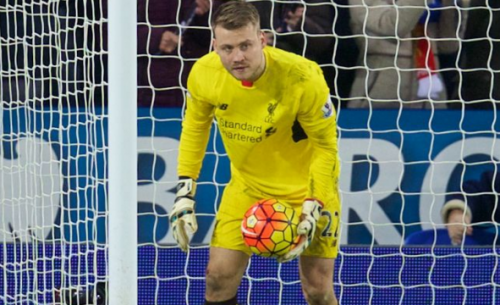 “We had time, we had the ball, we had opportunities in the box, but everybody could see we didn’t make the right decision often enough.

“The longer the game was, we didn’t get cooler and the decisions didn’t get better. That’s the problem. We had the ball in their box, we didn’t shoot and one second later, Vardy shot from 35 yards and the ball was in. That says most about the game.

“I don’t feel too good in this moment, because I know we lost and we have to accept it, absolutely no problem. But, I think, with a few things we would have done differently today, we could have won this game.

“If you can win a game, you should do it. We didn’t. So I need a few minutes to cool down.”

Brendan Rodgers reveals Jürgen Klopp visited him at his house to chat.

“I spent time with Jurgen after he got the job,” Rodgers told Bein Sports.

“This is a guy that was coming in from another league so we sat and had a chat. It was at my house.”

Lazar Markovic says former Reds manager Brendan Rodgers “changed” during his final season in charge at Anfield. The 21-year-old is on loan at Turkish side Fenerbahce.(Fanatik, via Liverpool Echo)

All he meant was Rodgers stopped including him in his squads. No story really.

Liverpool’s new ticket-price structure has been described as “morally unjustifiable” by the club’s supporters’ committee after it was announced that some seats in the rebuilt Main Stand will cost £77 next season. (Guardian)

Firmino won the Player of the Month award for the first time in his Liverpool career for January:

Firmino received 62 per cent of more than 50,000 votes cast by supporters on Twitter to decide the winner, with Joe Allen the runner-up, Adam Lallana third and Lucas Leiva fourth.

The official site revealed the new ticketing structure for the 2016-17 season, ahead of the opening of the new Main Stand:

Some fans might argue that Liverpool are making more money than ever with the new TV deal, increased commercial revenues and revenue coming in from the Main Stand, and that maybe more should be done to reduce general admission prices…

I think people forever and a day have always thought everything should be cheaper. When you run a business like Liverpool Football Club as I do every day, one of the things that is very evident is that it’s not really just about one year and the revenue in one year. By example, we’ll have good years, we’ll have years where we make a huge loss, we’ll have years where we make a profit. Some of that is driven by the performance of the business on the pitch, some of it is driven by the sale and purchase of players, but what we have is a duty to maintain an even level of pricing and giving back to our fans. At the same time, we have a responsibility to run the business in the right way.

As I said before, the owners have been deeply involved in this process – they care about how we treat our fans and what we deliver for our fans, and that falls into every category for the club. The building of the new Main Stand is a huge investment by Fenway Sports Group and we have to pay that back, but I think the reflection of the prices shows that we’re moving as many tickets as we can in the right direction downwards, but then at the same time providing something for everyone. I think when we had our discussions with the ticketing working group around affordability, we fairly established that what affordability means for one person is different to another. That’s why in recent years we’ve moved to a stretched pricing model where there is something for everyone – something at the top end for those people that can afford it and now there’s really something at the bottom end, and at £9 for a full-price ticket for a category C game I think that’s affordable to most – if not all – people.

Further information with regards the ballot for Capital One Cup Final tickets:

As previously announced in the Capital One Cup final selling details, a registration period will be available for season ticket holders, members and fan card holders who have recorded on their customer record two Capital One Cup matches during 2015-16.

Liverpool FC would like to announce that the registration period is now open; supporters can register until 9.30am on Monday February 8.

If a ballot is required after the registration period has ended, it will be run independently by the Electoral Reform Service. Successful applicants will be emailed to advise when tickets will be available to purchase. Supporters can also click here to check if they have been successful.

If a ballot isn’t required, supporters who have registered for the ballot will be emailed to advise when tickets will be available to purchase.

Please note, Memberships must have been purchased before January 29, 2016 to register.

Liverpool’s u18s made it through to the sixth round of the FA Youth Cup with a dramatic late winner at the City Ground against Nottingham Forest. Ben Woodburn, top scorer this season with eight goals, turned provider with a wonderfully weighted pass to set up Adam Phillips in the last minute of added time. Click here for the highlights (although you do need to subscriber to LFCtv to view it).

Liverpool supporters’ groups have called on fans to walk out on the 77th minute of the fixture against Sunderland on Saturday:

The significance of the 77th minute is that the top-priced ticket in the newly reconstructed Main Stand has been set at £77, up from £59. Spirit of Shankly and Spion Kop 1906, the two most prominent Anfield supporters’ groups, have been in active discussions with Liverpool with a view to bringing prices down, and both are disappointed that at a time when TV revenue has gone up massively the club has instead pitched its most expensive season ticket at £1,029 (£54 per game).

Manchester City announced that Pep Guardiola will take over as head coach from next season, signing a three-year contract. Manuel Pellegrino will step down.

Before that and the transfer deadline day pantomime, John  Terry being set to leave Chelsea this summer dominated today’s chat:

The cheekiest is from the man himself – Terry has left the door open for the Blues to change their mind and offer him a new deal. (Telegraph) That’s good of him.

Seydou Doumbia signed for Newcastle United on loan from Roma, subject to a medical.