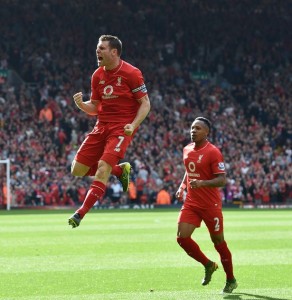 Liverpool will be hoping to continue their recent good record against Remi Garde’s side, when the Reds travel to Aston Villa on Sunday – 2.05pm kick off UK time – with the 0-1 loss in 2011 our only defeat in our last 16 league visits to Villa Park. Liverpool secured a 3-2 win at Anfield back in September with Milner and Sturridge (2) scoring for the Reds, while Villa’s goalscorer that day – Rudy Gestede with a quick fire brace either side of Sturridge’s second – is unavailable through injury,

With the return from injury of Sturridge, Coutinho and Origi, Jürgen Klopp suddenly has a wealth of attacking options at his disposal, which could spell bad news for relegation threatened Aston Villa. Villa sit rock bottom in the Premier League with 16 points, eight adrift from safety as their unbroken run in the top flight looks set to end on 29 seasons. Only Arsenal (91), Everton (63), Liverpool (55), Man Utd (42) and Tottenham (39) can better Villa’s longevity.

The Week That Was - Friday 12th February