Many of my better ideas come from Twitter – often through someone saying something amazingly stupid and/or annoying to me, which sparks a thought process that might not have otherwise  naturally occurred.

This happened again recently, when someone messaged me to say that, with the new TV deal, Liverpool should now be able to compete with Real Madrid and Barcelona to sign the world’s best players. It was put to me as a question, albeit one where the tweeter went on to tell me the answer before I’d even seen his comment. (“Genuine question”, he said, before telling me the answer.)

In reply I wondered, somewhat sarcastically, if he’d realised that other English clubs had the new TV deal money, too. It’s not like Liverpool are going to get all the billions and Man United, Arsenal, Chelsea and Man City are going to get nothing. Also, it’s not like Liverpool are now richer than Real Madrid and Barcelona; indeed, they remain miles behind. The two Spanish giants are up close to the €600m mark on revenue, and the Reds are just under €400, and that was with a rare Champions League sortie. That said, this was before the latest TV deal kicked in, but that’s not going to redress an annual difference of over €200m, especially as Liverpool’s income from Europe dropped.

So, why choose Liverpool?

However, this “question” led me to think of the reasons why a player chooses a particular club. The tweeter had mentioned Liverpool’s history, and while the club retains an enduring glamour due to five European Cups (as well as other European and domestic trophies), it has to be pointed out that what it has done in recent years is hardly going to have 20-year-olds desperate to relocate to Merseyside. 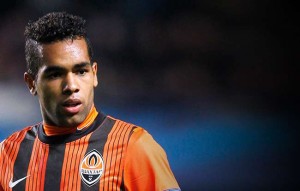 With my thinking hat on, I came up with seven constant considerations – i.e. the things on which almost all players will base their decisions, even if each then weighs those considerations differently. With this I (mostly) subjectively marked each club out of 10 in how I thought a player would see it.

So, for example, there’s financial wherewithal, which I scored in direct proportion to the latest Deloitte and Touche figures; one of the non-subjective ratings. So Real Madrid, with the highest turnover, scored 10, and everyone else was marked in relation to this; so if a club had a turnover that was only 25% of Real Madrid’s, they scored 2.5.

Also, I only looked at Europe’s top 20 richest clubs for this brief study, using the ones outlined in the Deloitte and Touche study. This includes nine Premier League clubs, as well as all the European giants. (This therefore includes the English clubs just above Liverpool, and just below, as the Reds sit 9th on the overall list – albeit more tellingly, only 5th in the Premier League pecking order. There didn’t seem any point in looking at why players would want to join Crewe Alexandra.)

In the era of FFP, wage structures and transfer fees have to relate in some way to turnover, so a higher turnover means a higher wage bill. This doesn’t mean that a less-rich club can’t pay an individual player more (for example, a club could invest 50% of its resources into one star player), but in general, the richer the club the higher the pay-packet a player can demand. And, of course, the club has to be able to afford the transfer fee in the first place.

In addition to these seven considerations (shown in an infographic below and explained afterwards), are a number of factors that only apply in certain circumstances; so while every player will surely consider the qualities of the city he plans to move to (i.e. is it fashionable, lively, cosmopolitan? etc. – so that a city like London scores highly), only some locations will apply when it comes to something like language preference.

However, you can compare Atletico Madrid and Arsenal in other ways. And this is where Liverpool come in.

The Week That Was - Friday 29th January