Liverpool will be hoping to build on the 3-2 victory over Aston Villa when they do battle in the 193rd (league) Merseyside derby on Sunday – 1.30pm kick off UK time – with Everton in 5th, one point above the Reds in 9th. The Toffees have a record of three wins (3-0 at Southampton, 3-1 at home to Chelsea and 3-2 at West Brom), three draws (2-2 with Watford at home, 0-0 at Spurs and Swansea) with their solitary defeat coming at Goodison losing 0-2 to Manchester City. 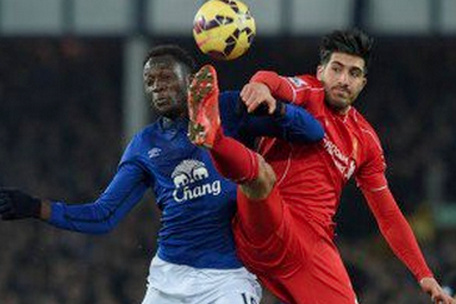 The two sides drew 0-0 in the corresponding fixture last season, with the last three meetings at Goodison all ending in draws: 3-3 Nov 2013 and 2-2 Oct 2012 to add to last season’s stalemate. Our last league victory at Goodison came during the 2011/12 season with a 2-0 win courtesy of goals from Carroll and Suarez. Liverpool have lost just one of the last 17 league games against Everton home and away; a 0-2 loss at Goodison in Oct 2010.

Rodgers Sacked. Why? And Where Next?

The Week That Was – Friday 2nd October