Norwich City is one of the in-form teams at the moment, even if the results aren’t necessarily showing that. They have registered two wins, which would’ve been deservedly three but in the Stoke game they could not muster an additional goal out of the six big chances they had – a combination of stunning saves and poor finishing really cost them. Alex Neil’s side only lost against the similarly riding high Crystal Palace side on the opening day of the season, then away at Southampton when playing with 10 men for more than an hour (interestingly, at 0-0 and when it was 11-v-11, Norwich missed a gilt-edged opportunity to go ahead). 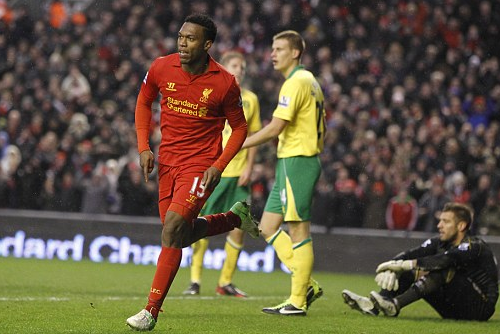 Meanwhile, Liverpool continues to underperform and underwhelm and frankly they need a win here. Their initial poor performances started to catch up with the results and they registered two defeats in their last two league games. The mid-week Europa game was a nice distraction but essentially it served as a sideshow for this game given the rotated squad and plenty of first-team players not even traveling to France.

Neil was appointed manager of Norwich at the start of 2015 and it was thanks to his guidance the Canaries managed 17 wins out of the next 25 games which helped push them into third place. Eventually the team won the play-offs and got promoted to the Premier League. What is worth noting is that under Neil, Norwich registered their first away defeat in that 3-0 defeat away at Southampton

Tactically, Neil has a very clear vision of how he wants to see his team play style-wise. His preference is for an attack-minded approach married with the required defensive solidity and clarity about the roles expected to be fulfilled from all the players.

The formation the former Hamilton manager introduced at the club right after he was appointed is a very modern and continental-looking 4-2-3-1. Starting from the back, the centre-backs have split roles with one of them always looking to step out and engage the nearest attacker while the other remains slightly deeper and moves across to cover. In addition, to the typical British stopper (Martin), the team has a European ball-player who is given license to be more creative with his passes from the back (the French Bassong).

The full-backs are both feisty and happy to put a foot in, who tuck in and defend with aggression. This means they’re capable to defend 1-v-1 but also drop into narrower positions and help create a very compact back four unit. But both Brady and Whittaker are also willing to go forward – they count more on non-stop running and powerful overlapping runs and less on technical finesse and flair.

The midfield set up has the nice blend of one typical ball-winner (Tettey) and one more cultured and dynamic in possession box-to-box type of player (Howson or Dorrans). These two players are the proverbial engine room of the team – quick to get back and shut up the space between the lines when out of possession, but also neat and tidy with their ball distribution to the wide areas or the team’s creative spark Hoolahan. Earlier in the season Howson was used more often than not down the left flank (with Dorrans as Tettey’s midfield partner) from where he tucked in and played the role of additional central midfielder. But since the service of Jarvis from West Ham was secured, Howson replaced the former WBA player and is now expected to be the team’s main box-to-box player.

The front quartet is based exclusively on stretching and wide-oriented patterns of play. However, this doesn’t mean the team is essentially based on getting the ball wide as soon as possible to then pile up cross after cross into the box. Instead, the team has very European-like patterns of play based on intelligent movement, smart interplay and creative sharp passes which, more often than not, produce dangerous cut backs for players running from deep or wide in and around the box.

This strategy is executed mainly thanks to the presence of the veteran playmaker Wes Hoolahan. Under Neil, the player completely rejuvenated his career and has become one of the team’s key players, currently topping the charts for assists and chances created. As a typical continental playmaking #10 type of player, Hoolahan starts centrally but continually drifts into wider pockets of space, from where he aims to combine and exchange quick give and go’s with the wide pairs. Given his tendencies to go wide instead of staying central, the wide men, although natural wingers, are given the brief to time their runs and often offer the reverse movement, surging into the vacated space between the lines. This creates a nice blend of well-integrated and nicely complemented off-ball movement, which serves the team superbly going forward.

Another reason for why the team doesn’t lack either attacking width nor presence between the lines is the important role of the centre-forward. The former Stoke striker Jerome is currently Neil’s number one choice for the role. Despite him being far from clinical or prolific in front of goal, Jerome is important and plays big role given his all-round style of play and abilities to both work the channels but also drop deep and play with his back to the goal to collect long balls and bring the roaming players around him into play.

To summarise all of the above, it could easily be said that Norwich have all the tools to play a good, progressive brand of football without this meaning they are defensively weak or lack a certain level of discipline and organisation. The very fluid and based on constant interchanges 4-2-3-1 attacking formation displays capabilities to play on the break (see Southampton (A) and Bournemouth (H) matches) but also has the inherent movement fluidity and passing fluency to be able to work around packed defences (see the Sunderland (A) and Stoke (H) games).