Liverpool will be hoping for some home comfort with their next three matches over the next six days all coming at Anfield, starting with Norwich City on Sunday afternoon; 4pm kick off UK time. 10th placed Liverpool will be hoping to knock the Canaries (9th) off their perch with a victory and overtake them in the league table or will there be toxic gasses present at Anfield, with the more pertinent question being who will be damaged by them the most. 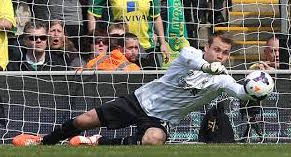 Both sides have picked up seven points from their first five league matches with Norwich’s superior goal difference of -1 compared to Liverpool’s -3 the reason they sit above the Reds in the table. The Canaries have a 50% win record against teams wearing red away from home this season having defeated Sunderland 3-1 before suffering a 0-3 reverse against Southampton. Four of their five matches in the Premier League this season has seen either themselves or their opponents score three times. They lost the opening day fixture to Crystal Palace  at Carrow Road 1-3, followed by that 3-1 victory over the Black Cats at the Stadium of Light. They shared the spoils against Stoke (1-1 at home) before suffering the 0-3 defeat against the Saints, which was followed with a 3-1 victory over Bournemouth last Saturday.

The Week That Was – Friday 18th September