Consider this for a moment: still not quite 26, Daniel Sturridge is now one of the oldest members of Liverpool’s squad. Of the 16 outfield players to feature in Liverpool’s matchday 18 at Arsenal, only four were older than the absent Sturridge. And that 18 did not include Jordan Henderson, Lazar Markovic and Joe Allen, all first-teamers younger than the club’s no.15.

The future looks very bright, with the average age of Liverpool’s 18-man squad at Arsenal just 24.0 – but the present can get a bit bumpy with rookies.

One such rookie, Jordon Ibe, is clearly struggling this season, highlighting the problem with ‘relying’ on kids. But I wouldn’t write him off; this is a normal trajectory, and one someone like Joe Gomez – imperious so far – may face further down the line. Teenage bodies and minds are rarely used to the relentless grind and pressure of regular football, let alone super-fast, ultra-high pressure football. Youth and U21 football is less intense, and the fixtures are more sporadic.

As a result, after breaking through in style they often hit a wall, and start making mistakes. They then lose confidence and nerves creep in. If they create a buzz, then the hype becomes something they have to live up to, and no one is ever as consistently good as their best games. Players may be nervous on their professional debuts but no one ever expects too much.

Ibe’s lack of goals has also been mooted as a concern, but it must be noted that Sterling only scored twice in his first 40-or-so league games, which I believe is one more than Steven Gerrard managed (I think Gerrard’s second Liverpool goal came after 50 games).

I was lucky enough to be at Sterling’s 14th league game of 2013/14, when he was utterly bereft of confidence and not looking like breaking the 14-game league duck for the season. It was painful to watch, and came at a point when I remember some Liverpool fans on Twitter telling me Sterling wasn’t even good enough for the second tier of English football. He wasn’t playing well, but such conclusions were stupid, and I said so.

That occasion, in December 2013, is remembered for Luis Suarez’s incredible four goals, but perhaps more important was the young winger finally notching, and the confidence that visibly flowed back into him, which helped with what became a title push. Suarez was always likely to score goals, but Sterling had yet to prove capable at senior level.

Sterling added eight more in the next 20 league games, and though still not a reliable finisher by the age of 20, he left Liverpool as someone who pretty much guaranteed 10 goals a season – a figure comparable with many of the world’s best players at the same age. (But, lest we assume that this means Sterling must become a legend, it’s also comparable with Francis Jeffers at Everton in terms of goals per game.)

Ibe is already a year older than his ‘predecessor’ was then, but Sterling was 50 games into his Liverpool career. Ibe may have almost 70 professional games to his name, but so far only 17 have come in the top flight. He started slowly on loan at both Birmingham and Derby but went on to put in some scintillating displays – particularly at Pride Park – and was superb in his early games for the Reds (and also this preseason). Perhaps part of that was that he arrived on the high of being Derby’s star man. When he returned from injury last season that mojo had worn off. Now he’s simply not running past defenders with the same belief; he’s half-hearted – not in terms of effort, but in terms of conviction.

He now seems to be feeling the pressure a bit, and looks a bit like Markovic was when weighed down with expectations of a £20m price tag, at roughly the same age. Being labelled the ‘next big thing’ can be as tough as having a big price tag. It takes time to acclimatise; to get used to how it feels, and learn to cope. You can’t be quite as carefree when people expect a lot from you.

That’s a big part of the process of moving from a promising young player who will naturally be prone to inconsistency to a regular starter who will perform at the level of his ability. A few years ago we saw Jon Flanagan break through under Kenny Dalglish in tenacious style, and win man-of-the-match awards; but for the next year or so he was pretty terrible. His fairly sublime performances in 2013/14 still came as a total shock, but showed the danger of writing off players who dip after a bright start.

Joe Gomez – a year younger than Ibe, and at the age now that Flanagan was when he emerged – has been an absolute revelation. But he’ll probably have a dip – very few players break through and stay at that level. In time they improve, as they mature, but they don’t yet know how to play themselves out of a dip in form, or how to deal with the non-stop succession of games.

Right now Gomez is possibly playing what I’d call ‘cup football’ – the kind promoted teams play, when they are running on adrenaline and excitement, and giving every last ounce of energy, caught by the buzz, and just going out and enjoying their football. But it starts to gradually take its toll. It can’t be maintained.

The good news is that Gomez appears to have it all – pace, power and poise, and also height at 6’2” – which means that, long term, you’d put your money on him becoming an international star.

Gomez has some (if not all) of Flanagan’s incredible fire, but is taller, quicker, stronger and better on the ball. He looks totally rounded; a thoroughbred. But it would be rare if he stayed at this level, and, suspensions aside, remained a permanent fixture in the team for a number of seasons.

Like Sterling, Flanagan and Ibe, he’ll probably have a period when people say he was overhyped all along.

I’m a big believer in pedigree – the quality of players in their teens, and the rate at which they rack up games (and if it’s part of their game, goals) at international youth level. You get late bloomers, and must never write off those who spend their early 20s at a low level – either non-league, like Ian Wright, or not top-tier, like Didier Drogba; but my sense is that most of the best players are already special in their teens, and bar a few exceptions, late bloomers are often decent or hard-working players (like Rickie Lambert and Jamie Vardy).

Of course, you must never assume that bright young things will automatically blossom into gods. Once again, see Jeffers, Franny.

Jeffers had 13 goals in 16 games for England U21s (and one in one for the senior side), and you’d have thought he was set for life with that kind of prodigious ratio. By contrast, Roberto Firmino had no youth football for Brazil, and needed to escape to Germany to prove himself, but at 23 has got to where Jeffers never reached, in scoring a handful of full international goals. So he’s a type of late-bloomer, but was doing well in the Bundesliga at the age of 20. Luis Suarez only played four games for Uruguay’s U21s, but he was playing in the senior team weeks after his 20th birthday. Suarez had pedigree and a supernatural drive.

If you can find the outstanding players of each age group, train them well (mentally and physically) and keep them hungry to improve, it can become one way of overcoming the odds stacked against clubs who don’t have the biggest budgets. To pay just £3.5m for Gomez (and also peanuts for Ibe and Sterling) makes a mockery of some of the fees that get spent on established players. (Not that you can go around finding gems like Gomez at that price every day of the week, or even once a season; such deals are more blue-moon than that.)

Unfortunately the bigger clubs are doing the same, although they have less scope to then blood these talents; demands for the title every season make it hard to gamble on kids who will probably do well if given the chance, but who will almost certainly make mistakes.

Chelsea have been hoovering up top U21 talent for years now. Once inflation has been added, they have spent the best part of £100m on players whose registrations they retain but who are currently out on loan. (This is therefore not including those they’ve bought and sold.) These players – most of whom have never kicked a ball for Chelsea – cost more than many Premier League squads.

Some of these players are now 23 or 24, and as happened with Matic and De Bruyne, Chelsea will probably end up selling them for a profit as they can’t risk playing them; and then either they or another big club will snap them up again a few years later, when they’re peaking, for massive sums. (And the occasional exception, like Courtois, will be utilised.)

As I always say about young teams, the challenge for Liverpool is to keep the core together until the point when they mature. But it’s tough to keep everyone, when there are richer clubs who can offer higher wages and regular Champions League football. There aren’t many bigger clubs than Liverpool around, but there are at least eight who can offer more right now. If Liverpool poach these players from clubs further down the food chain, we can’t moan when these players are poached by the mega-wealthy clubs.

The one thing Liverpool can offer is playing time, both to those currently at the club, and further down the line, to someone like Sheyi Ojo, who scored for Liverpool in preseason and for Wolves the other night.

Of course, once your youngsters become established stars, there’s no longer any room in the first team for the next wave of youngsters – unless they are exceptionally prodigious. But that’s a rather good place to be. 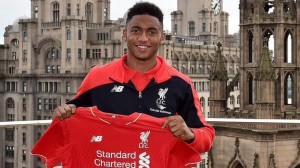 The Week That Was - Friday 28th August