Liverpool return to Saturday afternoon action with the visit of West Ham United to Anfield; 3pm kick off UK time. Slaven Bilic’s side currently occupy 11th place, following up their 2-0 victory against Arsenal at the Emirates on the opening weekend of the season with back-to-back home defeats against Leicester (1-2) and Bournemouth (3-4). 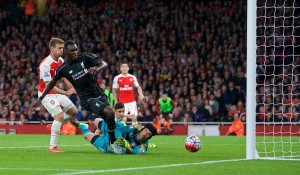 Liverpool are riding high in 3rd place having won two (1-0 at Stoke and 1-0 against Bournemouth at Anfield) and drawn 0-0 with Arsenal at the Emirates on Monday night, giving Brendan Rodgers’ side seven points from a possible nine. The Reds are one of six clubs yet to suffer a defeat and one of three yet to concede a goal in the Premier League. If Liverpool manage to prevent the Hammers from scoring on Saturday it will be just the second time we’ve kept four consecutive clean sheets in the Premier League under Brendan Rodgers – the first being January/Feb 2015 against Sunderland away (1-0), Aston Villa away (2-0), West Ham at home (2-0) and Everton away (0-0) – and the first time we’ve opened a league campaign since 2005/06 with four consecutive clean sheets, when Rafa Benitez’s side drew 0-0 with Middlesbrough (a), defeated Sunderland 1-0 (h) and drew 0-0 with Spurs (a) and Man Utd (h).