“You have to keep him on the pitch as long as you can because he has that moment,” said Rodgers. “I am glad I kept him on but I can’t profess to be any sort of genius. It was fortunate he got the goal and he stayed on.” The Northern Irishman added: “He did well to last the match because he has only been back from the Copa America for three weeks.”

With three hard-fought points for Liverpool and the personal honour of becoming the club’s vice-captain, James Milner was hugely satisfied on Sunday evening. (LiverpoolFC.com)

“It’s an amazing honour. Liverpool is an amazing club to be at. “I don’t think it will change my role in any way; you need a lot of captains, vice-captains and leaders and people who are going to talk and help each other out. “But it’s a great honour and hopefully I can help the younger guys along, because there is so much young talent here as well.”

It was on this day in 1977 that Liverpool completed the signing of Kenny Dalglish from Celtic, beginning an Anfield legacy that will last forever. 515 games and 172 goals as a player followed, along with eight league titles, three European Cups and two FA Cups. There was also a League Cup in his second spell as manager. 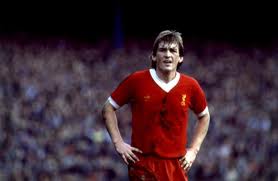 Read about it and enjoy some free archive footage here on LiverpoolFC.com.