Before revealing the 100 most expensive players in the Premier League era – after our TPI inflation has been applied – please allow me to provide a brief explanation, for those who don’t want to click on the hyperlink. (Feel free to scroll to the end to see the list, although don’t then complain that it doesn’t make sense…)

The latest TV deal saw an increase of 70% on the previous payment agreement; meaning that, much like previous TV deals, there’s been a fairly hefty increase in the money clubs are receiving. And yet people still seem shocked by the inflation of transfer fees (and wages); or simply don’t seem to grasp the concept. Even comparing prices from 2012 against those of today is fairly pointless without inflation, such has been the size of the rise.

Since 1992 there has been an eleven-fold increase in the average price of a Premier League footballer. This increase was calculated by Graeme Riley for the Transfer Price Index we created, which we’ve been keeping track of since 2010.

However, in just the past two years there’s been an increase of 62% in the average price of a Premier League footballer; not far off the 70% rise in TV money – to show how the two go hand-in-hand. Our current prices are in “2015 money”, which is calculated from the spending of the 2014/15 season; it may well be that spending in the coming season sees a further dramatic rise, but that will be calculated to form 2016 money in a year’s time.

No matter how many times I explain it, there are always requests as to how it’s calculated, or people saying “an inflation calculator gave a different result”. Football inflation runs at a much higher rate than normal inflation (although football inflation did crash with the stock markets at the end of the last decade). Did your grocery bill go up by 62% in the past two years?

We use a model that is identical in methodology to the Retail Price Index (tracking the average cost of several items of produce), but we apply it to footballers, not milk, bread and coffee.

Yes, there are high outliers who perhaps drag the average up, but also free transfers to drag it down. It can be tweaked, twerked and twiddled, but we prefer to keep it as a simple calculation, onto which we put no fancy frills. Perhaps we could track the rate the richer clubs increase it by, but even relegated clubs are picking up over £60m in a single season.

For the purposes of practicality we stuck to English football in the Premier League era, as it was enough of a task finding all the data for that (and doubly hard to find accurate reporting of fees). We don’t take into account contract length at the time of a move, or any age adjustments, although the latter can be tracked; so we can work out what is a high fee for a 31-year-old, but whatever that fee is it goes into the pot the same as all the others. The same is true regardless of what position the players play (and aside from goalkeepers, players can change position, or be utility men, which makes it more complicated.) Also, we use the price reported in sterling, not Euros. If we were a full-time business we might delve into the data to a greater degree, but we’re doing this in addition to our day jobs (and in my case, to add another layer to TTT). We hope to do more with the data, when we get the chance.

With inflation, the top three purchases of the Premier League era work out at a fraction over £80m; which is in keeping with what top Premier League players have been sold for (Ronaldo, Bale and Suarez, although with inflation, Ronaldo is well over £100m; although that’s using our TPI inflation, not anything relating to Spanish football – although Graeme touched on that issue here.)

Before getting onto the Top 100 (as of 23rd July 2015), I just wanted to make a note on how people compare transfer fees. I read last week that Liverpool were prepared to pay £32.5m for Christian Benteke when Arturo Vidal was only going to cost “£28m”. And yet one is 24, and the other is 28.

If you don’t think age plays a part, think again. In the same way as driving a car off a forecourt sees it lose a large chunk of its value, then buying someone aged 28-30 is effectively throwing away a big percentage of the transfer fee. In addition to wages, which may be higher for players in their supposed prime, approximately 75% of the fee has to be written off. (All of this analysis excludes free transfers.)

Buy a younger player, and on average a loss will still be made after inflation is taken into account – but it will be far less damaging. For every £9m spent on players aged under 28, £6m will be recouped. In other words, only 35% gets “lost”, as opposed to the 75% that gets lost on players aged 28-30. Some clubs can afford to take this hit; others can’t.

Was Robin van Persie a wise investment by Man United? He played a key role in their last title (so you can say that it made sense) and yet, it seems, his decline played a role in United dropping to 7th and 4th. After inflation, the van Persie deal loses £33m in transfer fees alone, plus the massive wages (c.£40m) that he effectively only earned one year out of three. Someone like Gonzalo Higuaín was just 24 at the time, and may have been a wiser long-term investment – although United had also started struggling when buying younger players.

Of the top 30 most expensive 28-30-year-olds signed in the Premier League era – therefore what collective wisdom would have labelled “ready made” players – there are a whole host of flops and disappointments of various degrees: Shevchenko, Veron (Chelsea), Soldado, Ince (Liverpool), Berg (Man Utd), Fernandinho, Kolo Toure (Man City), Saunders (Villa), Bilic (Everton), Flo (Sunderland), Keane (Liverpool), Platt (Arsenal), Casiraghi, Samba (QPR) and Scales (Liverpool). These cost between £20m – £82m in today’s money. Not all were dreadful, but none justified the fee. Only seven of the 30 ‘peak years’ signings played over 100 Premier League games for the club they joined.

Anyway, enough of that. Here’s the list. (New signings in bold; up to 107 included to highlight Firmino.) 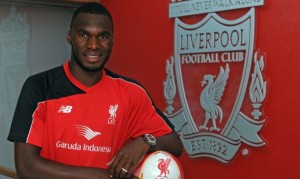 The Week That Was – Friday 24th July