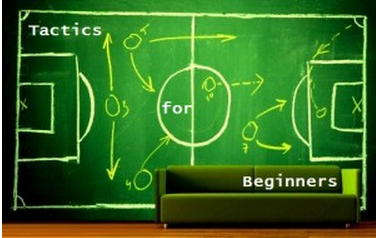 We’ve talked a lot about what teams do when they have the ball, and what they do when they don’t have the ball. But there are also moments in-between a Red team attack breaking down and a Blue team attack beginning. It feels like when you toss a coin up in the air, and there are a few ‘in-between’ moments after it stops going up and before it starts coming down. I’d like to talk about those few ‘in-between’ seconds when effectively neither team is attacking or defending, and explore the detail of what is happening at such great speed that we often miss it.

And these four phases will come in pairs. So when Red team are on the front foot in the attacking phase, Blue team will be on the back foot in the defensive phase. They are two sides of the same coin. And then when Red team are switching from front foot to back foot in the defending transition phase, Blue team will be switching from back foot to front foot in the attacking transition phase. These are the two sides of that coin spinning in the air before it comes down again. So we have two states. Either front foot + back foot by either team (the coin has landed Red or Blue), or both teams switching feet (the coin is spinning in the air). So you could say a game will bounce between two states

Precisely. That’s why a team’s behaviour and actions shouldn’t be viewed in isolation. They are never in isolation because the opposition is always having an impact in some way or another.

Can we start with looking at what is happening for Red team when they are attacking, lose control of the ball and are ‘switching feet’ through a defensive transition?

How exactly they’ll react is decided by how the Red manager has set up his team to act in that moment. There are two main choices. They can either press hard or quickly retreat. Obviously these two ways of reacting are completely different. The first one is proactive. Red team reacts immediately, trying to win the ball back as soon as possible by pressing quickly and aggressively. The aim here is to deny Blue team the time and/or space on the ball to prevent them transitioning forward.

From Gilgamesh to Jesus, from Theseus to Rodgers