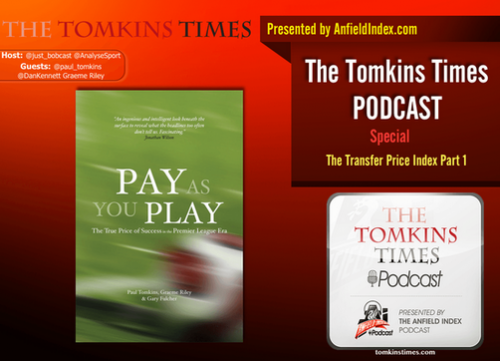 A snappier title? The beginning of the Transfer Price Index (TPI). Inflation and how it relates to football transfers. The average price of a transfer in the Premier League, using TPI. The Current Transfer Purchase Price and how it works. The top ten CTPPs. The Abramovich era and the impact on the Premier League’s competitive nature. Manchester United’s reaction to Chelsea. The problems with gross and net spend. Spending for success and the level of predictability, as well as the relationship with wage spending in the Premier League.

Finally, a huge thanks to Bob Pearce for all his work editing these episodes, they take a lot of effort, and the results are worth the effort!