Brendan Rodgers is now the joint favourite with bookmakers – along with Aston Villa’s Paul Lambert and QPR’s Harry Redknapp – to become the next Premier League boss to be sacked. (Daily Express) 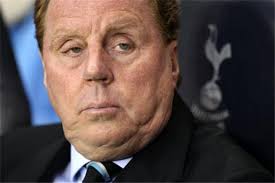 Liverpool are prepared to drop goalkeeper Simon Mignolet, 26, after his recent mistakes, says the paper we won’t name.

“It’s not just about the defence, we need to be better as a team. Last season we were playing so well and scoring four or five every game. This season has been tougher up front and at the back.

“This time is difficult for everybody but the most important thing is that we stick together as a group and fight for this manager because I think he’s a great manager.

“We just want to return to our form”. “We had an issue in terms of Anfield when I first came in, and we put that to bed for a long time – we need to reinstate that. “Every game at this level is very difficult. Stoke have had two good results away from home; they won against Manchester City and against Tottenham.”

Daniel Sturridge has praised his team-mates for their 2-2 draw in their Champions League game away at Bulgarian side Ludogorets Razgrad. Sturridge wrote on Twitter:  “Well done boys. Unlucky to concede late on. Keeping my dream alive.”

Brendan Rodgers says that he believes that his side can emerge stronger for their early-season struggles.

“Everything has been hunky-dory for 18 months, but we’ve been dealt a different deck of cards this year, a different hand,” he said.

“What has happened before has gone but that’s been the making of us. In sport, you get the chance to go again.

“We got a result the other night against Ludogorets, it was a good performance, we were competitive and we take this forward

“The bookmakers expect me to lose my job. It’s football. A few months ago, I was manager of the year, now I’m favourite to get the sack. It’s part of working in football. All you can do is focus on the immediate job and focus on what you can control.”

After Simon Mignolet’s mistake at Ludogorets, Rodgers insisted the Belgian deserves to stay in his side:

“He’s fine, I had a good chat with him,” said Rogers of Mignolet.

“He’s saved us in a number of games during my time here. He’s coping well.”

Mario Balotelli has been ruled out of the Stoke match.

Who Are We Buying Today?:

Real Madrid goalkeeper Iker Casillas could be heading to the Premier League in January, with Arsenal and Liverpool interested in signing the 33-year-old Spaniard. (Daily Express)

Liverpool, Manchester United and Arsenal have received a major boost in their pursuit of Borussia Dortmund star Marco Reus after a number of top European clubs pulled out of the running, according to Fichajes.net.

His recent injury problems look to have put off the likes of Real Madrid, Chelsea and Bayern Munich in pursuing a deal for the 25-year-old, who could be available on a cut-price deal next summer.

Courtesy of the Liverpool Echo – November 27

Volunteers told of the “fear” on the faces of fans during the crush at Hillsborough.

The inquests heard evidence from members of St John Ambulance who were on duty at the FA Cup semi-final on April 15, 1989.

John Towler, a divisional superintendent for the charity, was asked about what he detected in the expressions on fans’ faces when he looked into the pens on the Leppings Lane terraces.

Peter Wells, the divisional superintendent in charge of coordinating members on the day, told the court he had walked towards the pens from the other side of the ground after seeing fans coming over the fences.

“But when you got on the hoardings and looked back, you could see it was obvious people couldn’t go back, it was that packed and tight.”

Mr Wells told the court he had attempted to clear the airways of some girls at the front of the pens.

He then went to his ambulance, parked at the rear of the South Stand, and was shown on video footage running onto the pitch with a colleague carrying an oxygen cylinder at 3.12pm.

He described attempting to give oxygen to casualties through the fence but said it did not seem to have an effect.

The court heard Mr Wells did not see any personnel from South Yorkshire Ambulance Metropolitan Service until the first ambulance came onto the pitch at 3.37pm.

Pete Weatherby QC, representing 22 of the families, said: “It is right, isn’t it, that through that whole period, the whole period of the disaster, you received no orders, no direction, of any type from either senior police officers or indeed the professional ambulance service?”

The inquests also heard from former divisional superintendent David Senior, who said he went to the Leppings Lane end after he saw fans climbing onto the pitch.

He said: “When they started, first of all, climbing over, it appeared as though the police was trying to push them back, like it could have been a pitch invasion.”

He added: “To me, it seemed as though it was, they were climbing over in a panic.”

The court was shown footage of Mr Senior at 3.09pm wheeling a fan off the pitch on a stretcher and he said he then returned to help other casualties.

Matthew Hill, counsel to the inquests, asked: “Were you aware at that stage of anybody organising or coordinating the response to the incident?”

“Having combined his role as number two to Paul Lambert with a similar position with the Republic of Ireland since the beginning of pre-season, Roy has decided that committing fully to both jobs and making the necessary time for his family is impossible,” it read.

“Ultimately, my roles with Villa and Ireland and combining my commitment to these have become too much. It isn’t fair to either Villa or Ireland, so I’ve made this decision.

“I’d like to thank Paul for giving me a great opportunity to come to a brilliant football club, I’ve really enjoyed my experiences at Villa and I wish the management team, the players, the supporters and the Club nothing but the best going forward.”

Meanwhile Tottenham have been charged by UEFA after their Europa League game against Partizan Belgrade was suspended for several minutes following three separate pitch invasions, arranged via the internet apparently.

European soccer’s governing body said in a statement that disciplinary proceedings had been opened and the case would be dealt with on 11 Dec.

Manchester United winger Ashley Young, 29, believes his side can still win the Premier League title, despite being 13 points behind leaders Chelsea. (Daily Mirror)

Destiny In Our Hands and the Removal of a Cross

For Mihail Vladimirov, Rodgers deserves the sack already “based on his performances on the tactical front up to now in his two and a half seasons”:

I mean this is enough evidence to justify his sacking. What’s more – based on the evidence up to now I believe it’s also safe to argue he won’t improve much, if at all. If he had the abilities to improve, I think he would have done so already.  But there is another thing to consider. My opinion is that there is a way to mitigate his tactical shortcomings as a meaning to keep him for his other main positive – i.e. his coaching abilities. The way – as we discussed in podcast #4 – is to simply surround him with enough backroom staff that can take the burden off him on the tactical front. Whether this is a another ass. man, a dedicated tactical coach or a separate tactical analysis of sort – it’s up to debate and should be decided based on what he prefers.

But if Rodgers doesn’t show the willingness to accept that kind of help and persists in thinking he can do it all by himself I don’t have a doubt he will be sacked soon-ish.

Not even getting down to the question marks over what Pascoe and Marsh actually bring to the table. Maybe part of Rodgers learning curve is that Liverpool is too big for him alone to handle and he needs help? Based on his rumoured power grabbing he seems more like a controlling micro manager than a delegator.