Is there a way to analyse the tactical balance of a side using statistics? Jonathan Wilson thinks so, even if it does have some flaws:

Quantifying that is almost impossible, but perhaps, given the infrequency of goals, the best way of assessing match dominance is chance creation. …imagine a match in which Team A would be expected to create 20 chances and Team B 10. If Team B’s manager can shift that to, say, 14-8, he has done a good job, whether or not his side wins the game or not.

Whether it does or not is determined by superstructure. Perhaps Team A’s centre-forward is on a hot streak and they still win 4-0 – or perhaps Team B’s goalkeeper has a blinder and they win 1-0; in assessing the tactical job the coach has done, the result almost – almost – becomes irrelevant.

Taking this simple method further, how about looking at the quality of chance? Another area is the relationship between shots inside the penalty box and those taken outside. We already know there is a large discrepancy between conversion rates for attempts taken in the 18-yard box, and those from outside. Crucially though, it’s no good having plenty of chances if you’re equally or more open in the defensive areas. That means any evaluation of a team must consider both attacking and defensive stats. In this exercise, I’ve called attacking stats ‘positive’ and defensive stats ‘negative’ and come up with a simple system called a “PN Rating”. My imagination was running wild at the time. 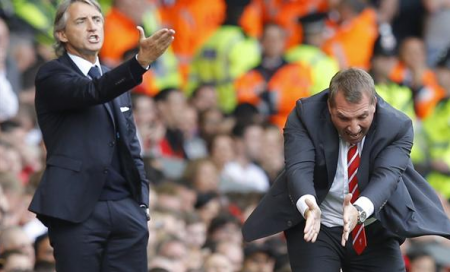