Liverpool will be hoping to put the disappointing 0-2 defeat to Arsenal behind them and return to winning ways when Martin Jol’s Fulham make the trip to Anfield on Saturday, 3pm kick off UK time.

The Cottagers have made a poor start to the campaign as they languish in 16th place with ten points, having picked up three wins – two away from home – one draw and six defeats. 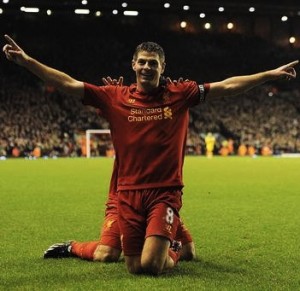 The Reds smashed four past Fulham in the corresponding fixture last season with Martin Skrtel, Steven Gerrard, Stewart Downing and Luis Suarez all finding the back of the net. The season before last saw Fulham record their first every victory at Anfield with Martin Skrtel scoring an own goal.

Liverpool’s record against teams managed by Martin Jol (all competitions):

Sebastien Coates (knee) and Iago Aspas (thigh) are both absent through injury for the Reds.

Fulham have doubts over Hugo Rodallega (groin), Brede Hangeland (nerve) and Matthew Briggs (groin). Sascha Riether has been retrospectively charged with violent conduct by the FA following an incident that was missed by the referee but caught on camera during Fulham’s 1-3 defeat to Manchester Utd on Saturday and suspended for three matches with immediate effect, so will miss the Cottagers’ trip to Anfield. 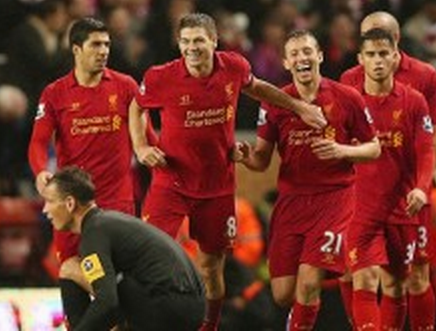 The rest of this preview is for Subscribers only.