Below is a copy of a letter Bob Pearce sent to the Prime Minister last week. Following the calls for truth and justice, Bob now calls also for one more thing – belated recognition of many Liverpool fans as heroes for what they did at Hillsborough.

Bob – and we – are anxious to share this amongst those who care about its contents. 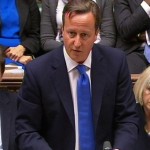 There’s a section on some actions you can take to show your support below the letter. Bob was eager to point out that the letter was inspired by Hillsborough survivor Peter Carney’s words on 12th September 2012: “The actions of the Liverpool fans that day were absolutely fantastic. It was one of the greatest acts of spontaneous humanity that this country has ever witnessed and it is time that this was recognised.” Peter Carney has created some of Liverpool’s most famous flags, including the Hillsborough 96 flag and the Juve ‘In memoria e amizia’ flag.

On 12th September 2012 you offered a “profound apology” on behalf of the whole country for the “double injustice” experienced by the families of those who died in the Hillsborough tragedy. I’d suggest a third injustice remains which you have still yet to address.

Thousands of ordinary fans of all ages set off that day to watch a game of football. These ordinary people found themselves thrust into the most traumatic of circumstances without warning. That terrible afternoon those ordinary people rose up and did something truly extraordinary.

It was not unreasonable for the people attending the match that afternoon to expect that the Football Association would have wanted to ensure that the stadium had a safety certificate. There was no certificate.

It was not unreasonable for them to expect that the police would have wanted to ensure their safety. Their lives were put in peril.

It was not unreasonable for them to expect that the ambulance service would have wanted to come to their aid. They did not come.

It was not unreasonable for them to expect that the media would have wanted to report the truth about the disaster. They printed lies.

It was not unreasonable for them to expect that politicians would have wanted to act in their interests as their elected representatives. They perpetuated a cover-up.

It was not unreasonable for them to expect that the legal system would have wanted to ensure justice. They discredited and dismissed their evidence.

I can only presume that these public servants chose careers in these professions because they wished to protect and serve the public. Their actions on that day, and in the weeks, months and years that have followed will have only undermined the public’s trust and confidence in the institutions they represent. There are many who should spend their remaining days with their heads bowed in the deepest shame for the enormous damage they have inflicted on the very integrity of these institutions.

We have seen the pictures and videos from that day many times. What they show is at once shocking and amazing. What we see is that overwhelmingly it was the fans that provided whatever help they could, while those who were paid, trained and co-ordinated to provide that assistance appear to be little more than passive observers. Ordinary men and women stepped forward and took action to help fellow human beings in their darkest hour. The evidence shows that, for whatever reason, public servants, who were trained and paid to be on duty that day, chose to take a different path. They can be seen standing by and watching the heroic efforts of the football fans effectively being left to fend for themselves.

Even if they were being led and co-ordinated by trained professionals, the actions of these ordinary people would have been considered exceptional. But on that terrible day, the fact that they acted despite the almost total indifference of those they expected to come to their assistance is nothing short of heroism of the very highest order.

Thankfully there were many people that did the right thing that day. They didn’t do the right thing because it was their job. They didn’t do they right thing because they were instructed to. They did the right thing because they were simply honest, decent and moral human beings. In the heat of the moment they would have been unaware of the full scale of the disaster they’d found themselves engulfed in. They simply focussed on what they could do for the individual in front of them that needed their help. This unskilled group of individuals, without leadership or co-ordination of any kind, took it upon themselves to rise up with only one thought in their mind – to do whatever they could to help total strangers, in the same way that they would have wanted to have been helped themselves.

They may say they simply ‘did what they could’. They may tell you that they ‘did what anybody else would have done in that situation’. Some will have been haunted in the years since by the doubts about whether they ‘could have done more’. I would tell them that they were part of the most incredible peace time act of unorganised mass heroism that this country has ever witnessed.

This totally selfless wish to do whatever they could to help a total stranger in their darkest hour, when all seemed lost, should be recognised and commemorated for what it really was – evidence of the wonderful spirit of humanity that resides within ordinary people in this country.

I can only presume that their remarkably selfless actions have been overlooked and dismissed because they took place within the context of the co-ordinated and self-interested efforts of corrupt public servants to cover-up their errors.

On 15th April 24 years will have passed, and five different Prime Ministers will have failed to give the appropriate recognition to these unnamed heroes for their extraordinary actions. Do you want to lead a country which for a quarter of a century has failed to recognise those whose actions showed the very best of the human spirit?

I believe that a day will come Mr Cameron, perhaps in a more enlightened time than our own, when future generations will look back on these events and be both staggered and appalled that not only were they allowed to happen, and that public servants put their own interests ahead of those they served, but also that the heroic and selfless actions of so many men and women went unrecognised for what they were. This unprecedented spontaneous demonstration of humanity is a moment in our country’s history for which the whole nation ought to feel enormous pride, and should serve as a source of inspiration for future generations. It is a terrible indictment of so many of our public servants that almost a quarter of a century has passed since that day and still it remains unrecognised.

Like ‘Chernobyl’, unfortunately ‘Hillsborough’ is one of those place names which will forever be associated with disaster. As the full scale of the public servants failings is revealed, like ‘Watergate’ it will also become short-hand for widespread institutional corruption. You have it in your power to ensure that, in time, ‘Hillsborough’ will also be associated with all that is best about the selfless and heroic capacity of ordinary people in this country.

The names of the 96 who did not come home that Spring afternoon will always be remembered. The Hillsborough Independent Panel concluded that 41 of those fatalities may have still been with us today if they had received prompt medical treatment from the public servants on duty that day. It is also reported that 766 survivors were also injured that afternoon.

Ask yourself this question Mr Cameron – How high would the death toll have been that afternoon had it not been for the extraordinary actions of these ordinary men and women? 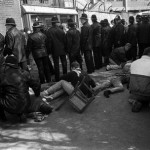 If you agree with the contents of this letter and feel motivated to act, here are three things you can do.

1) Send a copy of the letter to your local MP.

This will show your local constituency.

Click on the name against ‘Member for this constituency’.

This will take you to their page.

Copy and paste the article title into the subject line.

Copy and paste this letter into the body of the email.

3) Send a link to to this free article in an email to your friends. 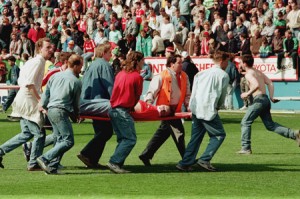 On the same theme, a story appeared in the Liverpool Echo on March 5th about a daughter of a Hillsborough disaster victim trying to trace the heroes who tried to save her dad. And Trevor Hicks, father of two girls who died at Hillsborough and founder of the Hillsborough Families Support Group recently had an emotional meeting with a South Yorkshire Policeman Peter McGuinness who had tried to save one of his daughters.

If anyone is aware of other similar campaigns, let us know and we can link to them.

Meanwhile, whether we can or should raise an e-petition on this is another question to be resolved. Let’s see what momentum develops for now.