Liverpool travel to East London to face Sam Allardyce’s West Ham United at Upton Park on Sunday, 4pm kick off UK time. The Reds secured their place in the last 32 of the Europa League after securing an impressive 1-0 win at Udinese on Thursday evening.

The Hammers currently sit three points and three places above us and have only lost once in the league at Upton Park this season, a 1-3 reverse against Arsenal in October. 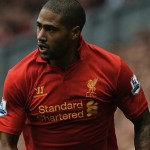 The corresponding fixture in 2010/11 ended in a 1-3 defeat for Liverpool, but West Ham still ended the campaign being relegated, finishing last. Goals from Scott Parker and Demba Ba had put the Hammers 2-0 up at half-time. Glen Johnson pulled one back for Liverpool with six minutes remaining before Carlton Cole sealed the win in injury time. Prior to that defeat the Reds had won five of the previous six league visits to Upton Park.

The match officials for this fixture are:

Fabio Borini (foot) and Martin Kelly (knee) are ruled out due to injury while Luis Suarez serves a one match ban for accumulating five yellow cards.