José Manuel “Pepe” Reina Páez, the son of Spanish goalkeeper Miguel Reina, was born on August 31st 1982. (Surely he must have had a mother as well, but I couldn’t figure out which position she played).  Miguel Reina’s own La Liga career was a highly successful one, spending seven years with Barcelona and seven with Atletico Madrid, winning six major trophies in the process. Young Pepe always had a lot to live up to, and at the age of six he was still planning on being a striker. Miguel Reina decided to have a little talk with his son, telling him “it wasn’t very good being an attacking player because people would be kicking him throughout the game.” Telling his six year old he should be a goalie rather than a striker required some more elaborate convincing. Fortunately Miguel identified that his son “had an extraordinary talent to be a keeper. I started training him from that moment. When he was a kid I taught him more than just how to stop penalties. I taught him how to position his hands to stop the ball, how to fall and how to save with different parts of the body.”

Twenty-four years down the road, Liverpool Football Club is certainly grateful for Miguel Reina’s interference in his son’s football education. Reina is an immensely versatile goalkeeper. One of his strengths is saving penalties, as the Spaniard demonstrated most memorably at the 2006 FA Cup final shootout win against West Ham and at the 2007 Champions League semi-final versus Chelsea. Reina’s accurate and well-timed passing to teammates in advanced positions is also a familiar feature of his play, along with his preference to play as a sweeping goalkeeper, rushing out when needed. Reina is very comfortable with the ball at his feet, a rare quality, and one that might come to very good use under the management of new manager Brendan Rodgers. Miguel must be proud.

Statistically speaking, a few particular achievements earned Reina his place in the pantheon of Liverpool greats. Reina’s pre-Liverpool record, helping Villarreal to a Champions League qualification and an impressive third place at the young age of 23, was no small feat. Reina also saved seven out of nine penalty shots in the process, earning special attention to his unique talent. Pepe wasted no time introducing himself to Champions League winners Liverpool when he joined in the summer of 2005. The three golden gloves the Spaniard won in quick succession immediately upon his arrival at the club (2005-2008), alongside another season of joint most clean sheets in 2009-2010, are the strongest testimonies to his ability and consistency when in his prime. Less well known is the fact that Pepe was also the fastest Liverpool goalie to keep 50 clean sheets (it took him 92 games), beating Ray Clemence’s record by three games. Reina was also the second fastest Premier League goalkeeper to reach 100 clean sheets, second only to Petr Cech. Reina is regularly touted by teammates and managers as one of the best goalkeepers in the world. 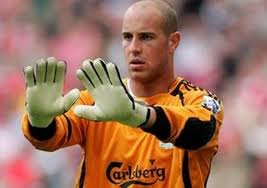 Are Liverpool at 'Year Zero'?