Bloody hell. What a week. Blackburn vexed, Director of Football axed, Everton hexed, and all between Tuesday evening and Saturday lunchtime.

If winning the Carling Cup does not compensate for poor league form, the addition of the FA Cup – if Chelsea are bested in May – certainly would. It wouldn’t make a poor league position irrelevant (and further exile from the Champions League will continue to be detrimental to longer-term plans), but it would put it in a different context.

I’ve been sent plenty of sneering comments about Liverpool being ‘just a cup team’. Well, that’s halfway to being a bloody good team; and certainly much better than being neither a league nor a cup team. Yes, it’s only halfway to being where we want, but if you can win the majority of big games you face in a season, that’s a good sign. How can that, in itself, be a bad thing?

In games against the current top seven – in both the league and the cup – plus big cup games against obdurate Stoke, and the Carling Cup Final against Cardiff – then Liverpool have won 12, drawn four and lost just five. That’s an exceptional record in major matches, where you’d expect to lose as many as you win; and on the balance of play, and how many top saves the opposition keepers had to make, the Reds probably deserved to win even more of those games. (Arsenal, Manchester City and Manchester United at home, all in the league, spring to mind.)

And mediocre sides do not win both domestic cups in the same season; Arsenal, in 1993, were a side that won the title just two years earlier, and Chelsea, in 2007, had won the title twice in the previous three years. Liverpool in 2001 – the only other side to do so – were a very good team, too. While the FA Cup is obviously not yet won, it has to now be a 50-50 chance of doubling-up. And doubling-up would make for a successful season.

But of course, the flip side of this is the terrible record against almost everyone else. Minor teams like Brighton, Oldham and Cardiff have been bested in the cups, but in the league, we’ve seen some pretty dreadful results.

Even then, there are caveats: Liverpool have spent more time in the opposition half in the Premier League than any other club, which shows a kind of domination – indeed, in the top five leagues in Europe, only Barcelona outperform Liverpool in this aspect of play; the Reds have hit the woodwork more often than any other team in England, suggesting that only a slight recalibration of shooting would have had very different results; according to the neutral Debatable Decisions website, the Reds have been the side most-harmed by incorrect refereeing decisions, to the tune of an astonishing eleven points; the Match of the Day ‘save of the season’ compilation a while back featured mostly opposition keepers at Anfield; and there’s been the Suarez controversy, which can’t have helped anybody at the club.

Had the team taken even just a few more of the plethora of gilt-edged chances, the outlook would be very different. But of course, it’s up to the management team to buy, and select, players who can do this.

The next step has to be to build on the ability to do well in the biggest games, and add that little extra quality that can turn the encounters where the team does not play well, or when domination does not lead to goals. There’s no doubt that an extra dimension is needed, but it’s wrong to focus only on the negatives.

More technical ability must now be allied to the framework. But who will be making these decisions? Was it the right move to get rid of Damien Comolli? And how will a new Director of Football affect the position of the manager? 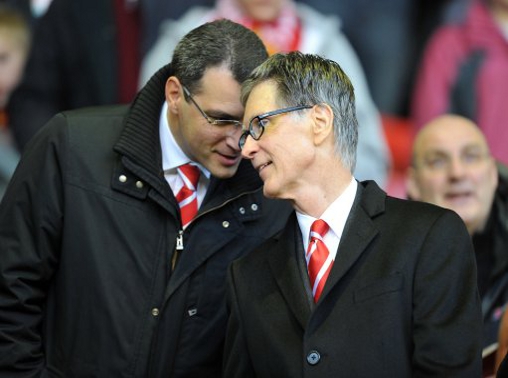