Will Meireles Be Missed?

The general consensus amongst Liverpool fans around the net seems to be that the sale of Raul Meireles is not a massive loss. Some think it was a mistake to sell him to a direct rival, but will he be missed at Anfield?

Kenny Dalglish does not seem to have taken to him as a player, so he would have likely spent most of this season on the bench. If that assumption is correct, then selling a player who will be 29 in March for a profit seems like a very sensible move.

At the same time, a lot of people thought the Portuguese international did well during his first season in English football. Not least when he scored five goals in six games during the fledgling stages of Liverpool’s revival under Dalglish, including the winner against his now new employers in February (pictured below). But how did his performance last season compare to those of the Reds’ summer purchases for midfield, as well as stalwarts like Gerrard and Lucas? 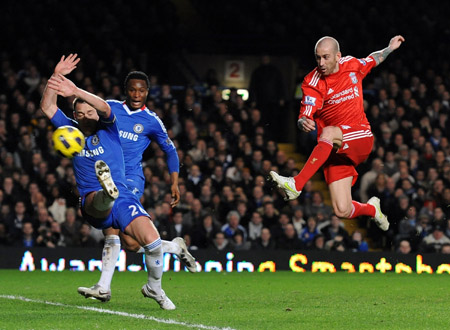 For an extra point of interest, I have also included Alberto Aquilani’s statistics from 2009/10, to give some context to a midfielder from overseas playing in the Premier League for the Reds for the first time. Where appropriate I have included the figures for the Liverpool team as a whole last season too. 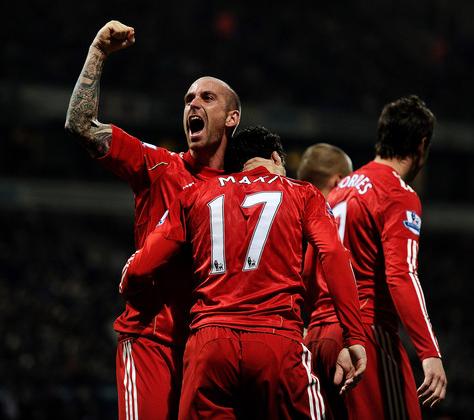