What Does The Future Hold For Gerrard?

What Does The Future Hold For Gerrard?

A look at Steven Gerrard’s tactical deployment in recent times, and how it may develop in the future – by Mihail.

By his own standards, Steven Gerrard has been poor for the past 24 months. His supporters, quite rightly, will point to the unfavourable managerial situation. In 2009/10 Rafa was clearly a lame duck – and Gerrard was not the only employee of Liverpool Football Club playing within himself, waiting for a new head coach to be appointed. At the beginning of 2010/11, he was (again) not the only player failing to find inspiration playing for Roy Hodgson. But what is more surprising is that the captain’s form did not improve when Dalglish took charge midway through the campaign, although he only managed a handful of games.

Currently, Gerrard is injured – or, more accurately, he is undergoing rehabilitation for his groin injury picked up in April. Dalglish believes he will be fit for the new season, but we won’t get the chance to see whether he has found his mojo during the club’s summer tour of Asia.

There’s little doubt that ’08/09 was Liverpool’s best league season of the third millennium. Possibly longer. The team played a tried-and-tested 4-2-3-1 formation with a midfield of Mascherano and Alonso as a “double pivot”; Benayoun (left) and Kuyt (right) cutting in from the wings; and Gerrard as a “false ten”, driving forward from the space in behind Fernando Torres. 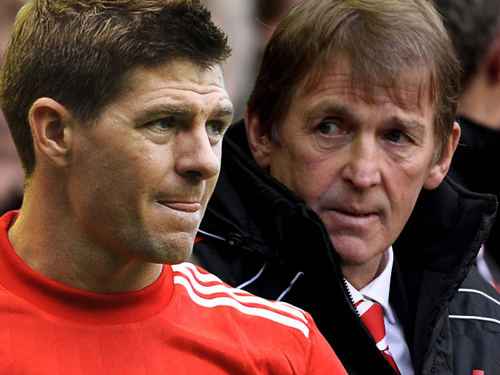 I Know What We Did Last Summer … Part 2