Assessing the overall tactical master-plan under the new management/coaching team of Kenny Dalglish and Steve Clarke, and guessing where it’s heading, is somewhat difficult, given the number of changes to both the playing staff and the systems seen in the past few months. This season, the task for those who replaced Roy Hodgson and Mike Kelly was always going to be about patching up a ship that was rapidly sinking, and getting back towards the top six.

Roy Hodgson inherited a squad set up to play one way (although Rafa Benítez was both praised and criticised in equal measure for his tactical variations). Hodgson then made a number of purchases, and suddenly the squad was more of a mixed bag. The new players didn’t really suit 4-4-2 – Hodgson’s default system – and to make matters worse, they injected little new quality into the pool of players.

For a while, earlier in the season, Liverpool FC had gone back in time; back to the dark ages. A horribly predictable and plodding ‘flat’ 4-4-2, under an ill-suited manager, seemed to undo the moves into modern, flexible tactical football taken in the past decade.

Then, Liverpool went further into the past, but this time, took simultaneous strides into the future. While Kenny Dalglish may have been out of the game for more than a decade, his approach (aided and abetted by the indispensable Steve Clarke) has appeared far more modern than that of Roy Hodgson.

Quite why Hodgson reverted to a flat 4-4-2 at Liverpool when he’d apparently evolved out of the habit in his final year at Fulham (particularly in European competition, in which most of his team’s eye-catching performances came), only he will know. At the Cottage, he’d had success with Zoltan Gera playing off a main striker; performing the role that Steven Gerrard had being reinvented in at Liverpool.

Hodgson briefly tried ‘Cole in the hole’, but that lasted 45 minutes against Arsenal on the opening day, before the player – who’d been unable to get into the game on his debut – was sent off.

In the next game, at Manchester City, with Javier Mascherano’s late withdrawal, Hodgson reverted to using two very similar front-line strikers, in Torres and Ngog, rather than moving Gerrard out of central midfield, or seeking other solutions. That midfield was duly outnumbered and overrun, and City deservedly won 3-0. Torres and Ngog together meant no-one could naturally link play, and they floated adrift of the action like Jersey and Guernsey miles from the British mainland.

A side’s tactics have to reflect the level a team is either at, or where it is intending to be. It is not a case of every team, no matter its standing in the game, playing the same way. Barcelona need different tactics to Bolton Wanderers. Even Manchester United alter their approach depending on the quality of the opposition.

Hodgson seems relaxed and authoritative at West Brom, in the manner he had at Fulham. But at a far bigger club – about which he constantly bemoaned the level of scrutiny and exposure – he looked stressed and flummoxed. He never ‘owned’ the situation, and he never set his team out as if he did.

Even if the fans were not totally on his side even at the outset, he never demonstrated that he had the guts to play the right way in order to win them over. He reverted to a safe setting, and the side faltered. The tactics we’re seeing now at Liverpool – which I will examine in detail in a moment – were open to the man who couldn’t even steer the Reds into the top 10 after 20 games. It’s not about 4-4-2 vs 4-5-1, but about the movement between the lines.

If Hodgson lacked the complete ideal set of tools to work with, he still opted to select a hammer when there was a loose screw, and tried to bang in nails with a spirit level. There was never a match-up between tactics and personnel. It took just hours for Dalglish to remedy this; even 1-0 down after a minute and with ten men after 30, his side looked better balanced at Old Trafford in his opening game.

Jonathan Wilson recently wrote about the death of what I call a flat 4-4-2, but which others refer to as rigid, or in his case, ‘orthodox’.

Football is not a predictable game. A team can have 20 chances and still lose to a side that musters only one. All a coach can do is manipulate the percentages as best he can in his favour. With that caveat in mind, though, a prediction – in the next decade, no side will win a major international tournament playing an orthodox 4-4-2.

The rest of this extended post is for Subscribers only, and looks at how the tactics have evolved under Dalglish, and where they might be heading next season. 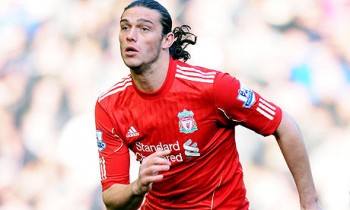