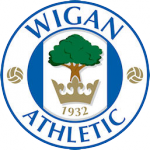 Liverpool head into Saturday’s clash against Wigan on their best run of form since the early weeks of last season, winning 4 games in a row and keeping 4 consecutive clean sheets in the process. If victory is secured against Roberto Martinez’s men, Liverpool will have won 5 consecutive games for the first time since the 2008/09 campaign, a feat that was achieved on 3 different occasions. If the Reds manage to keep a clean sheet – win or draw – it will be the first time we’ve shut out the opposition 5 games in a row since the 2007/08 season. 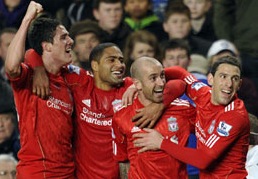 Kenny Dalglish’s men should head into this clash high on confidence, buoyed by the excellent victory over current champions Chelsea on Sunday, a result that was all the more remarkable as it was achieved without our new signings, Suarez and Carroll. While the latter is still a few weeks away from making his debut, the former may be in line to make his first start in a Liverpool shirt.

Wigan have a poor record at Anfield and have yet to record a victory from 5 attempts. All 5 meetings between the two clubs at Anfield have came in the PL era so the Latics will be hoping to secure a first victory on Liverpool’s hallowed turf to aid their fight against relegation. Wigan’s 4-3 victory over Blackburn was their first victory in 7 games and only their 5th victory of the campaign.

The Word 'Red', Spread Around the World

How Much Time For a Manager is 'Enough'?