Written in 2007 for “Above Us Only Sky: Liverpool FC’s Global Revolution”, this is a chapter on the worldwide nature of the club’s support, and how it has grown over the years.

With all the fervour of colonial Victorians fired up on Bolivian marching powder, the name of Liverpool Football Club spread across the world –– changing the colour of the map along the way –– with the Reds’ exploits in the European Cup in the 1970s.

In 2005, somewhat against the odds, the club sat proudly at the summit of Europe once more, and participation in the subsequent World Club Championship may have also helped entice a new generation of fans. Two years later the Reds were back at the top table in 2007, narrowly missing out on a sixth European Cup in Athens. In terms of being a world force, it was the second coming.

This book extract is for Subscribers only. I withdrew the title from print when it became clear that Gillett and Hicks were not what they first appeared, but a PDF of the book is available for Subscribers to download. 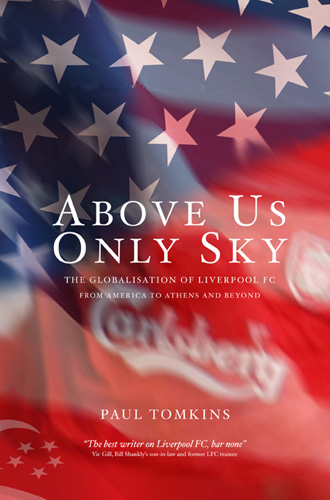