Earlier in the season, Liverpool played some of the best football seen anywhere in England. Unfortunately for Roy Hodgson, it was the youth team, for which he had little input and little interest.

When I was lucky enough to spend most of the day with Rafa Benítez in the autumn of 2009, we spoke at length about the Academy, and his obsession with putting his stamp on it. It was only a few months since he’d finally managed to overhaul the set-up, after years of frustration. Steve Heighway had gone in 2007, but it was only with the departure of Rick Parry in 2009 that Benítez could exert real influence on the Academy. At last he could restructure the place. 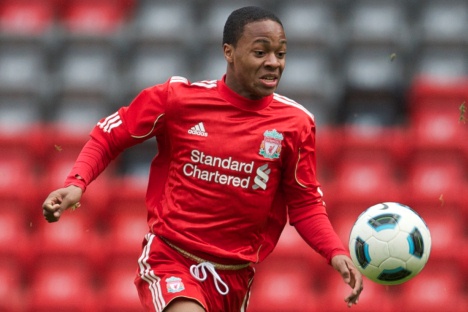 In came scouser Frank McParland, returning to the club to become Academy Director. Pep Segura and Rodolfo Borrell – two key components of Barcelona’s youth production line, responsible for bringing through so many of the current first-team at the Camp Nou (plus the likes of Fabregas and Arteta) – were installed, with the Spanish manager at the time able to lure two of his notable compatriots. The scouting system was pared down, from too many amateurs (including men in their 80s working for ‘beer money’), to a smaller number of professionals. And of course, Kenny Dalglish was brought back to the club, as a figurehead to work out of Kirkby.

Benítez wouldn’t last long enough at the club to see his vision come to fruition. But he shaped so much of the club we see today: the youth team, now with 52 goals in 17 games, is simply sensational.

And Dalglish, of course, is back in charge of first team affairs, where the football has mirrored a mix of the modern tactics of Benítez with the pass-and-move style of the club’s DNA. But for Benítez winning that battle with Parry 18 months ago, none of this would have been possible.

But what can we expect from the current collection who, in the youth cup, tore apart Crystal Palace (who’d previously knocked out Arsenal), and then, yesterday, demolished Southend 9-0? Can this be a genuine golden generation?