In “Pay As You Play: The True Price of Success in the Premier League Era”, one of the forms of assessment we use to judge the performance of a manager and his team is ‘cost per point’.

That way, if you have a relatively low budget, and you don’t get lots of points, it’s still possible that you did a good job. In other words, you are judged by your resources, and compared against others with similar resources. If you were to get relegated with a team that cost pennies, but still won 30 points, you did well.

So, how do you think Liverpool’s performance this season ranks out of the 386 ‘teams’ since 1992?

(Each club has one ‘team’ per season; there have been 19 seasons since the Premier League was rebranded, including this one, each containing 20 or 22 teams. And no, we don’t think football history began in 1992, but it was the modern era we wanted to study.) 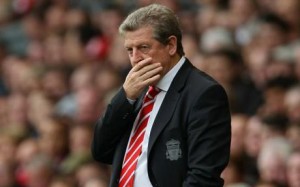 For the calculations we used what I termed the ‘£XI’: the average cost of the XI over the course of the league season, with prices for players taken at Transfer Price Index (2010) values.

The £XI, it seems, is the key to success. It’s not about squad cost, and not necessarily even about wages. Even allowing for free transfers and home-grown talent, the connection between the overall transfer cost of the XI and success is undeniable.

In other words, success usually relates to how much of a club’s resources (for whatever reason) actually made it onto the pitch.

(These correlations are backed up by Herfindahl-Hirschman Index, Lorenz Curve and CR4 reviews undertaken by a data analyst at a major international corporation. This was used to show that the data was durable when applying industry-standard tools. If this sounds technical, it’s merely to show we took this stuff seriously.)

There will always be exceptions – incredible overachievement, awful underachievement; but on average, the correlation is clear to see.

Just look at this season’s top three £XIs so far:

Those are the average costs of each XI based on how much the players cost once inflation is applied.

Now go look at the league table, and see the gap between Chelsea at the top, City in 2nd and United – surprisingly to some – quite far adrift. It’s early days, but even I find it quite spooky how it mirrors our research.

Therefore, it’s not just Liverpool fans who should be worried. Last season, United’s £XI was £141m, ‘just’ £46m behind Chelsea’s. The season before – the last time United won the league – they were neck-and-neck, around the £160m mark each.

Therefore, due to injuries and omitting expensive players like Wayne Rooney, and spending quite a lot of money on players not ready for the first team, we could use £XI to predict United being a fair way behind Chelsea, having been on a par with them just two years ago. And they are. Interestingly, Chelsea, City and United all have £300m squads, but Chelsea are ‘utilising’ their costliest – and therefore, on average, their best – players, while United aren’t. (Liverpool’s squad, as it was last season, is below £150m.)

So while predicting anything in football is tough, so far it’s following the trend we lay out in the book.

The problem comes when you see the team with the 4th-costliest £XI so far this season: Liverpool, £80m. And then you look at the league table. Something, clearly, is horribly wrong.

While it’s relatively early days, the Reds are ‘on course’ for just 28.5 points this season.

Now, an £XI of £80m is not that high. But to be averaging less than a point per game for such a team value – even at this stage – is appalling. It’s almost without parallel.

If you put Liverpool’s current 2010/11 cost per point into that list by adding the results of this season, out of 386 teams it would rank … 2nd highest.

The highest to date is Mourinho’s Chelsea from 2006-07. But of course, that was in racking up 83 points. However, given the outrageous cost of that team, 83 points was poor value; and Chelsea underperformed, unlike in the two previous seasons.

The average cost of that Chelsea XI over 38 games was £255m – therefore, if you’ve been following, you will know that the £XI was £255m. Divide that by the points won, and you have your cost per point = £3m per point.

(In the book, we explain why it’s much more difficult to win points the higher up the table you go, and why cost per point rises; no-one with a low £XI can get anywhere near the 70-point mark in the modern game.)

Liverpool’s current cost per point – based on the pro rata calculation of winning 28.5 points come May – is £2.84m.

It’s just Chelsea, on one occasion, and, if things stay the same, Liverpool this season.

Now of course, win the next two games and the outlook will change quite dramatically; 12 points after 10 games, and the cost per point will be down to £1.8m. However, this would still be far higher than at any time for the Reds in the Premier League. It would still rank in the 20 costliest of the 300+ to date.

The problem I have, therefore, is this following piece of history.

Hodgson’s 14 games at the start of the 1998/99 season with Blackburn saw them rooted to the bottom of the table, with just nine points.

Yet this was the 2nd-most expensive squad in the league at the time – Hodgson contributing £75m of that in current money, in just 15 months – and the £XI (the more accurate measure) was 5th-highest.

That whole season – which saw Blackburn relegated – ranks as not only the costliest demotion during the Premier League era, but also ranks 11th in terms of all cost per points out of the 366 £XIs between 1992 and 2010.

Some people still insist that it was actually Brian Kidd who got Blackburn relegated; to me, that’s like blaming the navigator who has to take over from an unconscious pilot in the cockpit of a plane that’s nosediving towards the sea.

Kidd’s form over 38 games would have seen Rovers keep their top-flight status, if he wasn’t starting from such a handicap.

If Hodgson had kept his points-per-game rate up, Blackburn would have ended with 24 points, not 35. Kidd arrested the nosedive, but it was too late.

Not too dissimilar from what Liverpool are on course for (28.5).

Contrived? No. I’ve simply run the figures, and these are the quite eerie results.

By comparison, last year, Liverpool’s £XI was £90m; £10m more than this season. But of course, 63 points were won; not good by Rafa’s usual standards, but better than the current trend.

This still made it Benítez’s worst season, but on the whole, his record was excellent (on a par with Alex Ferguson – who won more points, but had a more expensive £XI). Benítez, like Ferguson, Mourinho, Wenger and Ancelotti, had the skills to manage a big club.

At Fulham, Roy’s record was pretty good. But as tomorrow’s piece will show – a sample chapter from “Pay As You Play” – managers who enjoy success at smaller Premier League clubs tend to fare terribly at bigger ones.

There’s a long list, and it doesn’t read well. The tactics, and the pressures, mean it’s almost like a different sport entirely.

Coming tomorrow for Subscribers only: “The Newcastle Effect” (aka why managers who do well at small clubs almost always fail to do well at big clubs. This piece will be made free to view upon the book’s release on 9th November.)