“Pay As You Play” – Exclusive Chapter for Subscribers

“Pay As You Play” – Exclusive Chapter for Subscribers

Exclusive to Subscribers of The Tomkins Times, both the Introduction and Chapter One of “Pay As You Play: The True Price of Success in the Premier League Era” are available as a PDF download.

The book will be released on November 9th, but can be pre-ordered now from Amazon.

“For years we’ve judged football and football people without the analytical tools to do it properly. Finally a book that attempts to do so intelligently. Hopefully a harbinger of more to come!”

As billionaire ‘super-benefactors’ fight for the right to own English football clubs, Pay As You Play takes a detailed look at the correlation between success and transfer spending.

Tactics, motivation, fitness and luck play a part; but is an expensive squad increasingly essential for success?

Which managers have excelled in the transfer market? And who blew their budgets on bad buys? Which clubs punched above their financial weight, and which ones punched well below theirs? What players proved to be great value for their price tag, and who ended up as a shocking waste of money?

By converting all Premier League transfer fees since 1992 to current-day prices – using our specially devised Transfer Price Index (TPI) system to give precise ‘football inflation’ figures – teams could be accurately assessed against one another, whether from 1993 or 2010. How would the prices paid for Dean Saunders, Roy Keane or Frank Lampard compare with Thierry Henry, Wayne Rooney or Robinho?

All 43 clubs to have played in the Premier League up to May 2010 are analysed, with noted writers and journalists – including Jonathan Wilson, Gabriele Marcotti and Oliver Kay – also providing their views on the club they support or report on.

All in all, it makes for an entertaining and revealing read on the world’s most popular game, and its most appealing league. 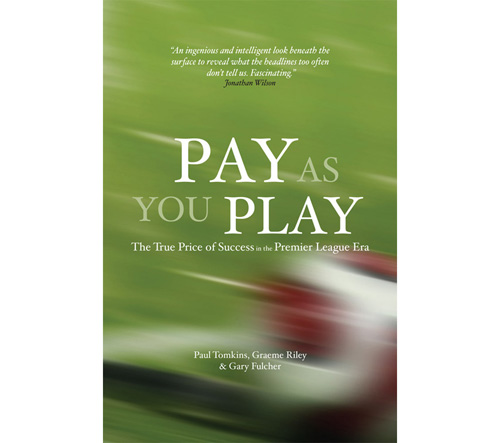