It’s fair to say Roy Hodgson’s career as Liverpool manager to date has been one of contrasting fortunes. Five wins out of five in the Europa League means he has became the first Liverpool manager to win their opening five European fixtures, a feat that Shankly, Paisely, Fagan and Benitez couldn’t achieve.

Compare that to our league form which has seen Liverpool make their joint worst start to a Premier League season (shared with 1992/93) – and as Graeme Riley has pointed out elsewhere on this site – become only the third LFC side in 29 seasons to have a negative goal difference after five matches: -2 in 1992/93 (finished 5th) and -1 in 2006/07 (finished 3rd). We currently have a goal difference of -3, which is our poorest showing after five games since we were relegated in 1953/54.

It’s worth considering the calibre of opposition in both competitions before we start going over the top with praise or criticism. There’s no doubting that we were handed a very tough start to the league campaign – after all we’ve faced three of the current top four with two of those played away from home – and our results in comparison to the corresponding fixtures last season are no worse this season (in terms of points gained/lost). Likewise, as great as it is for Roy to have won his first five European fixtures, we’ve hardly faced sides of a Champions League standard but in both instances you can only beat the opposition that is placed in front of you so Roy deserves full credit for our European form. 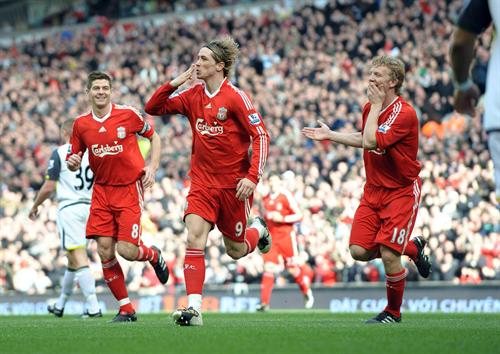 "Pay As You Play" - Exclusive Chapter for Subscribers