Yesterday I was asked by The Daily Mail for 200 words on the potential Chinese takeover. While it’s far from my favourite paper (relating to the right-wing scaremongering in the front part), I’m happy to try and offer a balanced view to tabloids (bar that one) on a once bitten, twice shy rule; badly misquote me, and never again.

“We’re getting views of important Liverpool fans on the potential takeover. Is it a good thing? Is it a worry that the club could be owned by China, a country with the worst human rights record in the world?”

I submitted the following:

As you’d expect, opinion seems split between concern over an association with a country that has human rights and dictatorship issues, and excitement over the large amounts of money they might bestow. Being owned by the Chinese government’s investment arm would present great commercial potential, but also, you’d expect, numerous political complications.

A lot of fans think nothing can be worse than Gillett and Hicks. But whether from the Far East or, as Liverpool and Manchester United fans have discovered, the Wild West, there’s no guarantee that anyone will be as good as their word, or have the club at heart. It’s about money and kudos.

Martin Broughton needs to get this sale right, as clearly it takes a long time to oust unpopular and unscrupulous owners. In the desire to get rid of the Americans we shouldn’t accept anything but the right offer.

There aren’t many saintly figures capable of drumming up the kinds of money we’re talking about, and the days of kindly old benefactors seem long gone. But being owned by the Chinese government – I’m not sure any of us expected to have to get our heads around that.

Only 54 words were used, although I don’t feel misquoted or misrepresented. The one important omission was that we can’t accept the word of any potential owners; only actions will suffice.

The latest on the Chinese bid can be found in this Press Association interview. 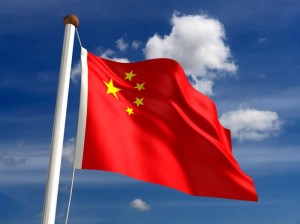 One For The Critics

From Rafa To Roy: A Transition