Editorial Bias in Media Against Benítez

Editorial Bias in Media Against Benítez

It has come to my attention that one of football’s most prominent television personalities, in a seriously high-profile position, continually refers to Rafa Benítez as “the fat Spanish waiter” when off camera. Perhaps even more alarmingly, editorial decisions have been made to purposely show Benítez in a bad light, in a way that would definitely not be done with other managers.

(Note: I’ve changed the name of the piece from “TV Personality Refers to Rafa as Fat Spanish Waiter” as the editorial bias is more of an issue than childish insults.) 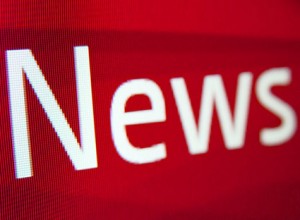 It is not usually my style to break news stories and claim exclusives, but when someone approached me with this information, I felt I had to share it. I cannot go into specifics without jeopardising the source of the information (a very shocked and trustworthy observer, who does not support Liverpool), but it confirms what I have long-since suspected: that the media, on the whole, may not be intrinsically biased against Liverpool, but several sections are incredibly biased against Benítez.

But part of me cannot decide if this is an incredible piece of information, or just par for the course; it’s certainly what many felt to be the case, and goes to show me that it’s not a case of paranoia.

I am clearly one of Benítez’s supporters, but I am a supporter of any Liverpool manager. All previous managers made mistakes, just as all future ones will make mistakes. My ‘agenda’ is only to see managers treated in a fair, enlightened way, and to get a fair crack of the whip.

I’ve had messages from fans of other clubs who are really baffled by Benítez’s treatment in the press and on TV – so it’s not just ‘Liverpool fans being oversensitive’. Of course, all fans think that their club is harshly treated by the media, but with Benítez the criticism has got deeply personal – as the “fat Spanish waiter” taunts confirm, along with the fact that they treat Benítez with less respect than they afford any other manager.

Then there are Benítez’s methods. This week, after Liverpool conceded only their second set-piece goal in months (the previous one against the almost ‘undefendable’ Stoke barrage), countless pundits said that Rafa just will not learn that zonal marking doesn’t work; and that he has to switch to man-marking.

In that case, what must Chelsea do?

They’ve not only conceded a greater number of set-piece goals (and are a far taller team on average, making it even worse), but a far greater percentage of their overall tally has been due to an inability to deal with corners and free-kicks (75% of league goals scored against them, to 50% in Liverpool’s case).

So if man-marking is not stopping them from conceding at an alarming rate, and zonal ‘doesn’t work’, then surely they have to invent some kind of new system? – such as the “eleven-man human pyramid” on the goal-line? But my point is: why don’t Sky and ESPN show tables of how bad Chelsea’s man-marking is, in the way they did with Liverpool earlier in the season? It seems it’s not an oversight, but a conscious decision.

While I will not reveal the name of the TV personality (who deserves to be pilloried), perhaps the most damning indictment of the modern football media is that people will guess it could be any number of people – even a small number of ex-Liverpool players (although in this case, it is not).