The Media, Liverpool FC & You

The Media, Liverpool FC & You

In any walk of life, if you don’t have the facts straight, you will almost certainly jump to incorrect conclusions.

If you think that the atomic bomb has only ever killed a handful of people, you might not fear it so much or debate its deployment; what’s the fuss? If you are taken in by the Holocaust deniers, you might be more sympathetic towards the Nazis.

The truth, however, is that the bombs dropped on Nagasaki and Hiroshima were truly devastating. The facts, however, tell us that six million Jews were put to death by Hitler and his regime.

What next? People will be saying that evolution didn’t happen, despite millions of years’ worth of fossils and the generational fact-lines of DNA … Oh…

(As comedian, and Liverpool fan, Dave Gorman put it after a brush with Creationists during his Googlewhack Adventure, they might have a point if it wasn’t for all “those scientists with their pesky evidence”.)

If you do not have your facts straight, you don’t have an opinion; you just have hot air. An opinion without the facts is like a pop song without the words and music.

Sometimes it’s better to say nothing than offer an opinion; no opinion is better than a wrong one. But in modern media life, an opinion on everything is a must.

I don’t know how the combustion engine works; I just know that it does. I could offer my opinion on how I think it works, but what use would it be? And if the engine in my car goes wrong, shouldn’t I let my mechanic, who not only knows what he’s doing but can actually examine at close quarters and analyse it, be left to judge why? (Okay, so he’ll also charge me for 37 unnecessary extra adjustments, but you get my point.)

And this is the brick wall I hit my head against time and time again with critics of Rafa Benítez; or, for that matter, any Liverpool manager who is expected to achieve the success of the past when there is no longer even a remotely level playing field.

It’s the same with some of his methods; too many ‘opinions‘ on them are formed via impressions (and 2nd or 3rd hand information), rather than facts. If you don’t try to grasp the full picture, you’re dealing in scraps of information. Look only at the top left section of the Mona Lisa, and it isn’t a portrait but a landscape. 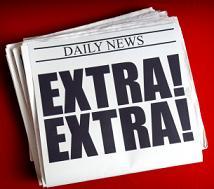 Some fans say “but why worry about what the media says? Ignore it”. Yet it puts even greater pressure on the team and its manager, by overreacting and creating an atmosphere of intolerance and impatience; that in turn leads to fans believing the hysteria, which, in turn, leads to those fans contacting the media, to vent their spleens and regurgitate the same untruths they’ve been told by that very source. The media then print these comments, or air them on phone-in shows – even use them of evidence of the fans turning against the manager – and a cycle of negativity is complete.

Therefore, what follows is a look at how we receive that information, and the motives of those feeding it to us.

Note: some of the following is borne from discussions on The Tomkins Times, and therefore includes ideas I have learned from subscribers to the site – for which I’m eternally grateful. Unlike a lot of other forums, it is designed as a way to learn from one another and share ideas, not to bicker, knee-jerk and abuse.

It is a long piece – over 6,000 words – but is broken up into several sections, for easier digestion. For subscribers only.

Success Starts at the Back