Aston Villa have yet to concede a headed goal in the Premier League this season, and are known to be one of the very best set-piece teams around.

Yet look at the ‘crazy’ way they defend corners (see image below). Seven players defending zones, not men. And all eleven men back in the area to defend. Surely only a Spaniard based on Merseyside would employ such ideas?

I don’t go out of my way to watch Villa on TV, but I’d be surprised if Martin O’Neill gets the same kind of criticism that comes the way of Rafa Benítez for his use of this wacky continental policy.

Perhaps it just goes to show that there is nothing wrong with marking zones at set-pieces.

After all, Liverpool’s record over the years, on the whole, has shown it to be hugely successful. Who’d have thought it?

But as with anything Benítez does, any time it doesn’t work – and no system works 100% of the time – he is singled out for excessive criticism. Of course, Liverpool no longer tend to mark posts. As can be seen in the image below, Villa have two men marking these ‘zones’; by contrast, Liverpool tend to have more men in the ‘man-marking’ area between the six-yard box and the edge of the penalty area.

For the past umpteen weeks, Liverpool’s set-piece defending has been near-perfect. Ever since the injuries abated, this is one area of the team that has – as I predicted – improved to something like its old, reliable levels.

But as soon as a corner or free-kick breaches the back-line, expect the usual over-the-top debate.

Meanwhile, Chelsea’s man-marking has caused them all sorts of problems – yet, as Andy Gray often acknowledges when they have a corner of their own, they are a very big side.

And as I noted at the start of the season, Liverpool are now, on average, two inches shorter than in 2005/06, when, using zonal defending, Liverpool had the best record in handling set-pieces. So in reality, Chelsea have fewer excuses for their woes – less defensive disruption this season, and a greater number of big players.

Just another example of how some managers are allowed to manage, while others have their every decision pulled apart.

For more on zonal marking, here is my complete guide. 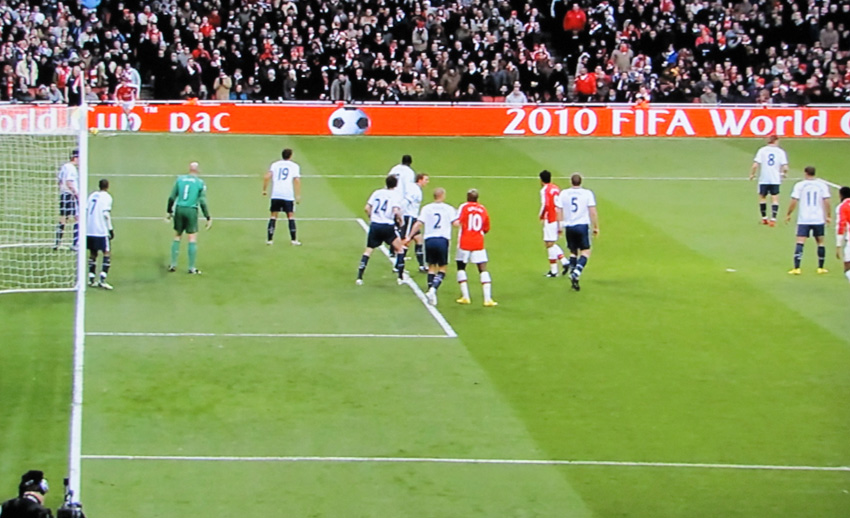