Most are familiar, I’m sure, with Rodgers’ coaching background. He retired aged just 20 and has worked his way up to become Liverpool head coach almost two decades later. I’ll skip the in-depth analysis of this rise to prominence as the media, blogs and fans have talked about it at length. But we do need to know a little something about him to draw some conclusions about how he works.

What do we know about him? Well, first of all he is a man who constantly evolves on the job. He has been on the move from a very young age, travelling to different countries to learn and improve his coaching methods and skills. He is a disciplined student of the game. I say student because he studies the game rather than simply learning from others. This almost academic approach (which I certainly have a lot of personal sympathy with) will translate into his use of tactics.

Studying requires an active level of engagement with the curriculum. It involves thinking, research and analysis. It involves asking your own questions and finding out your own answers. In part this is done by learning – attending courses, travelling to the best schools and expanding your own knowledge. But in part it is self-education.

In general we could say that players learn while coaches study (in order to teach their players). Of course there are exceptions – players such as Cruyff and Guardiola who immersed themselves in the game and made significant contributions to the game; and coaches who did very well but did little more than copy the blueprint set by their predecessors (a number of British managers spring to mind).

This academic approach is evident in the personal relationships he has forged. The obvious one is the mutual respect between him and José Mourinho. The “Special One” is a divisive character, but as a manager and student of the game he is one of the very best the world has seen. Tactically the two men are very different. Mourinho is reactive and pragmatic while Rodgers is more of a proactive idealist. This is fine, as people interpret the beautiful game in many ways. It’s the way that they reach these different conclusions which sets these men apart from their peers. Mourinho is detailed, disciplined to the point of pedantry, and obsessed with how the team sets up on the pitch. His methodology and psychology revolve around tactical discipline and getting the players to buy into the team’s spirit and camaraderie. Everything is discussed and drilled on the training ground to such an extent that every conceivable team move and passing conversation will have been rehearsed. Each phase of play is practised. In the end, each tactical idea for each match scenario becomes a cog in a perfectly oiled machine. 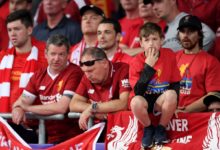 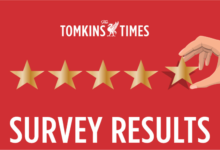 Who Are We and What Do We Want? What the TTT Subscriber Survey Told Us 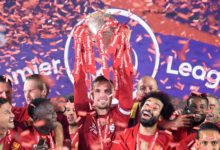 13 Ways Liverpool Can Get Even Better Next Season

Pay As You Play - Liverpool & Rodgers