There are some great Liverpool FC sites out there, and plenty of excellent writers, bloggers and Tweeters. So why subscribe to The Tomkins Times, in the face of such strong competition?

Well, here are a few reasons:

First of all, it’s the only place to read my work on a regular basis; on top of which, I comment on the articles and interact with subscribers. That’s good if you like my work; if you don’t, well, then that’s not so good. Move along, no harm done.

The average mark given to the site by subscribers who took part in the most recent feedback poll [open to all subscribers, spring, 2012] – based on quality/value for money (£3.50 a month) – was: 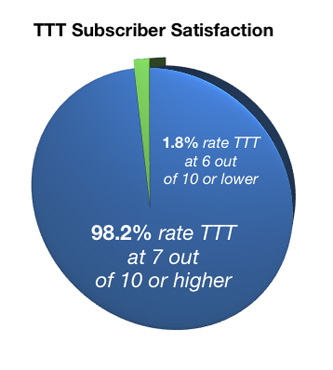 We feel it possibly hosts the most intelligent Liverpool FC debate on the web. This is an unexpected consequence of being behind a paywall, where spammers, trolls and wind-up merchants are not stupid enough to waste their money; the chaff isn’t attracted, just the wheat. Also, we expect high standards of behaviour and demand inter-poster respect, and as such, some of the comments can be better than the original posts. We prefer discussions, not fighting.

(It’s not a dry, po-faced environment; on the contrary. It’s just not overrun with illiterate teenagers with attention deficit disorders. Not everyone has the same opinion, but if you express an opinion, you are expected to back it up with solid thinking. Of course, you can just sit back and read others exchanging their opinions.)

What started off, back in the autumn of 2009, as a small platform for my own writing – a blog where I expected a couple of hundred committed readers to pay to read my work, to provide me with a living – has evolved into something much, much bigger. Alas, it’s stuck with the name The Tomkins Times, but it’s about a hell of a lot more than just me.

I now employ a full-time editor/facilitator (author Chris Rowland), and pay several other contributors for their time and effort (a fact that forever seemed lost on those on Twitter who frequently told me it’s scandalous that I charge; I have my own living to make, and I pay others for their time, in terms of writing, editing, moderating and maintaining the site). The greater the number of subscribers, the greater the amount of money that can go back into improving the content and experience.

On top of this, TTT has a number of volunteer writers keen to share their work with like-minded Reds, and pleased to be able to discuss the issues without receiving abuse.

An unspecified percentage of pieces are made free to all to read: in order to gain a wider audience (if the issue dictates), or to attract new readers, who otherwise would have no clue as to the nature of the content. However, each week, subscriber-only pieces are guaranteed. As time passes, more and more subscriber content is appearing on TTT.

We try to ensure a wide variety of analytical pieces, ranging from tactical performance and statistical investigations, to a number of off-pitch issues.

As well as the work of Chris Rowland, other regular contributors include Dan Kennett, Andrew Beasley and Mihail Vladimirov, with new, intelligent writers emerging all the time. I don’t necessarily agree with everything guest authors have to say, but there’s a shared ethos, based around research and thought.

Subscribers get access to entire website article and comment archive, dating back to 2009. They can download PDFs of some of my books, plus will be entitled to special discounts on future books. They also do not see any third-party adverts.

Finally, we are putting the finishing touches to a facelift for TTT, as part of an ongoing dedication to keep improving the site. We hope to roll it out in the coming weeks, and add further improvements over the summer.

Thank you to everyone for your support. 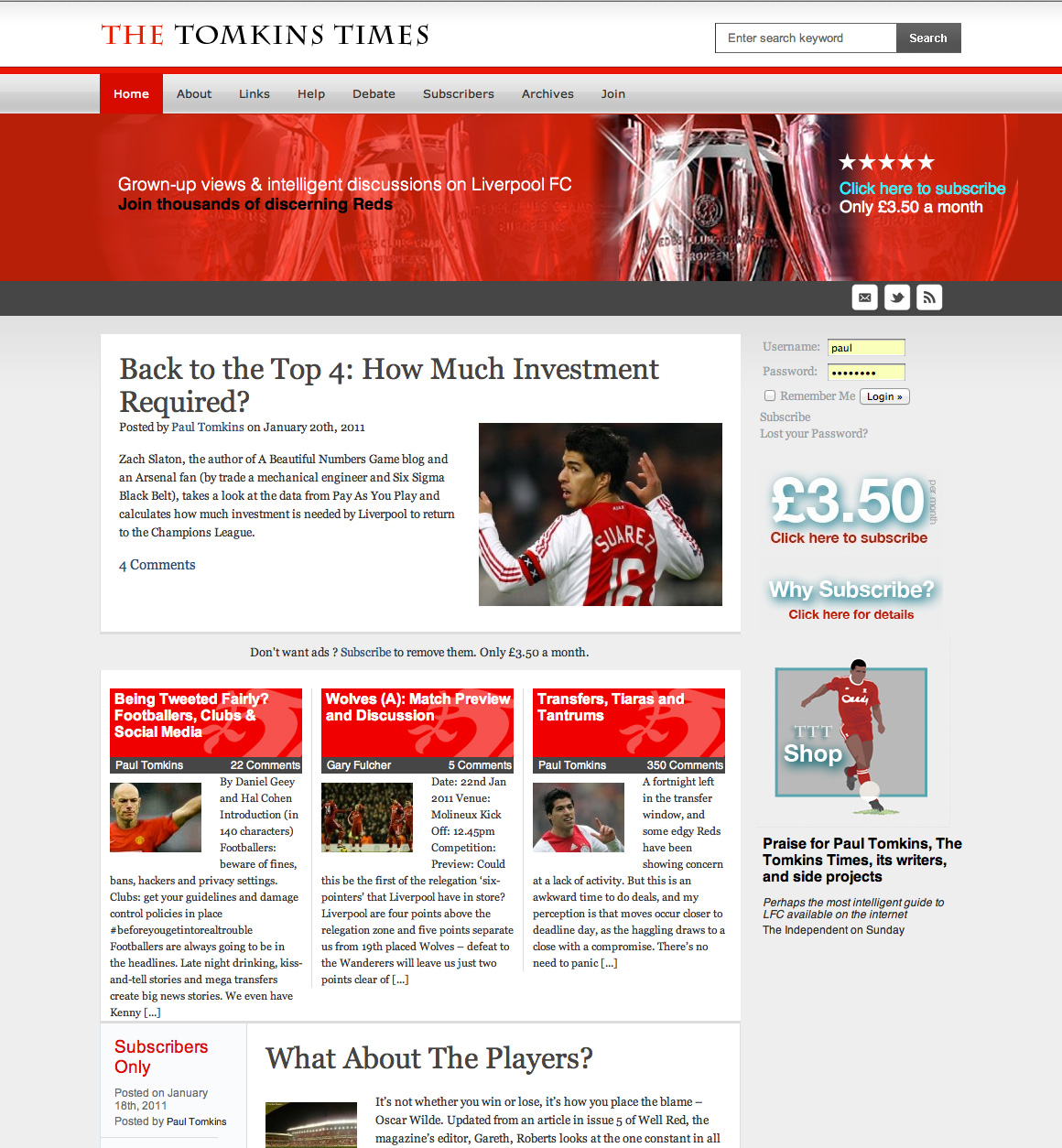