December 22, 2020 In Subscribers Only, Talking Tactics

Liverpool’s situation at the back this season has been the subject of grave conversation all around. Since that nasty challenge from Jordan Pickford on Virgil van Dijk in Merseyside derby in mid-October, compounded with the “self-inflicted” knee injury to Joe Gomez a couple of weeks later, the Reds have been left short of options in the centre-back position. The main issue is that the duo was the league-winning partnership at the back for them, and both are emphatically not short-term injuries, both are expected to miss the rest of this season.

The Premier League champions sold out-of-favour Dejan Lovren to Zenit in the summer, leaving them with Joel Matip as the only fit senior centre-back in the squad following the two injuries. Fabinho can and has played there before, although moving him there means a vital reduction of our defensive midfield options. Klopp’s other options are all reserves and inexperienced youngsters,  in Nat Phillips and Rhys Williams and beyond them, Billy Koumetio and Sepp Van den Berg.

Buy our latest publication: Issue One of The Tomkins Times Quarterly! 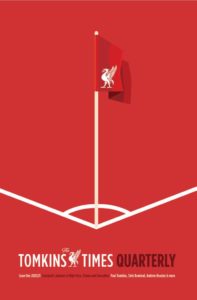 It’s been 15 games since van Dijk got injured and nine since Gomez picked up his injury in the national team training session. So we have a good sample size to analyse the performance of Liverpool defensively without their league-winning partnership and assess whether the current options are good enough to carry the team till the end of the season, or whether Klopp needs to dip into the January transfer market.