Comparing Liverpool Players to Some of the Best in Their Position. No.2 – Midfielders and Forwards

Comparing Liverpool Players to Some of the Best in Their Position. No.2 – Midfielders and Forwards

We continue our quest of comparing the squad of the current Premier League champions position-wise with some of the best around Europe.

You can find Part 1 – Goalkeepers and Defenders here.

NOTE – Stats are taken from League and/or Europe games played this season just to make it generic and numbers coming from the recent games.

Liverpool’s number one defensive midfielder is Fabinho, but captain Jordan Henderson has played a lot in that position in the Brazilian’s regular absences during the season. So, we compare the duo with some of the best number 6s around.

First up, let us take a look at the current value, age and games played this season metrics: 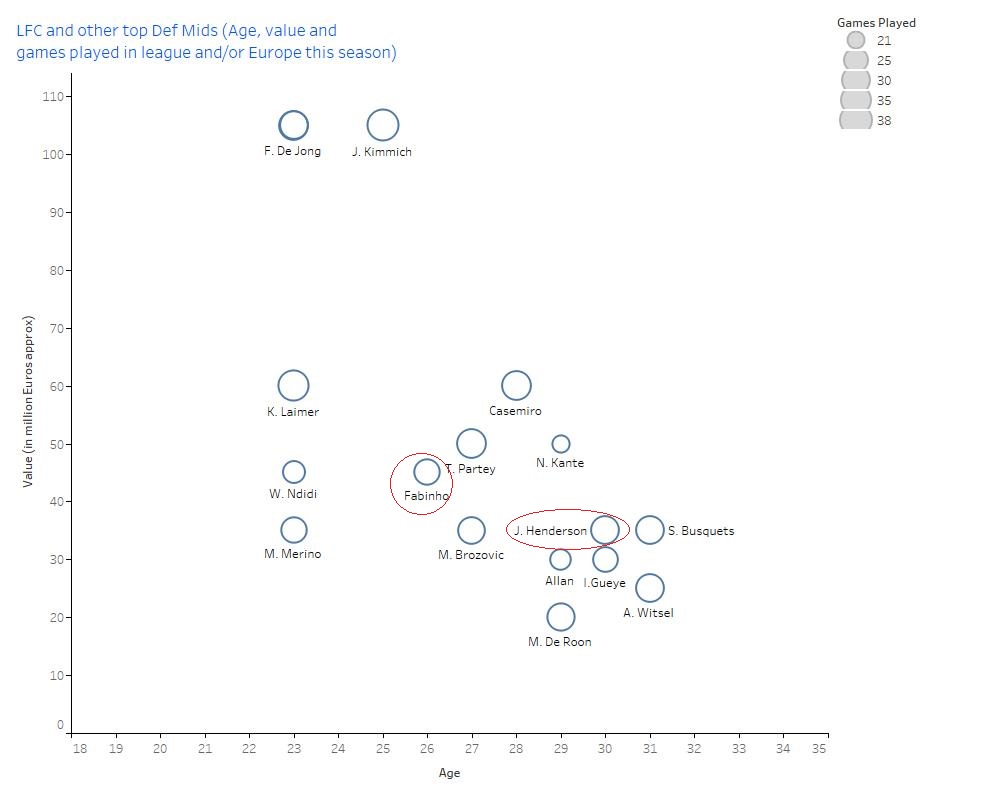 The rest of this article is for Subscribers only. You can become one by signing up using the link at the foot of the page.