November 10, 2017 In By Andrew Beasley, In-Depth Analysis, Subscribers Only

This month’s round-up starts with Liverpool’s match against Manchester United. Not particularly because it was the first one in chronological order, but rather as it illustrates perfectly how the Reds should’ve blown Jose Mourinho’s bus away. 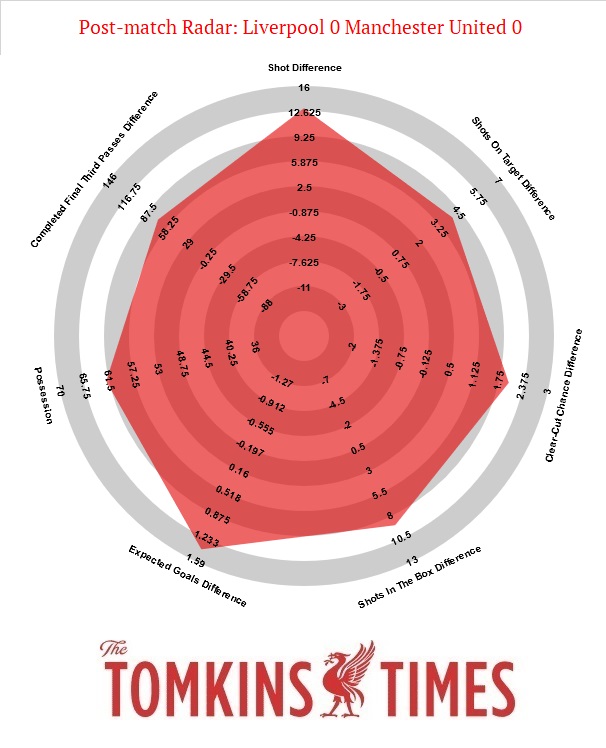 Although none of the outer limits were reached, it’s arguably Liverpool’s most impressive radar of the season. There was a strong performance in all aspects, and it compares well to the other 11 matches where United have travelled to face a big six rival in the last three seasons.