How Was Their Season? No.15 – Christian Benteke

How Was Their Season? No.15 – Christian Benteke

There was once a Liverpool striker who was a magnificent physical specimen. A beast no defender would be able to bully. In fact the reverse would seem more likely. He could shrug them aside as if swatting a fly.

Trouble was, his mental approach didn’t match his physique. A timid boy trapped in a man’s body. A tiger with a pussy cat’s mentality.

Heskey had a brute of a build. Defenders should have bounced off him. In training they often did, apparently. But not where it mattered, out on the pitch. Heskey was a striker’s instinct and a powerful, self-confident mentality away from being a world beater.

But they were – are – big shortfalls.

Similarly, Christian Benteke should be the bully not the bullied, the predator not the prey. Just look at him! He’s big, strong, powerful, fast and skilful – at his peak, with everything in sync, all but unplayable for a defender. I want to see him throwing his weight around, being aggressive. I want his entire demeanour to yell ‘you try to foul me I’ll foul you back, with interest. Don’t *** mess with me.’ I don’t want to see him submissive, subordinate, cowering. Not when he has that red shirt on.

So what’s eating Christian Benteke? What turned the powerful, confident, goalscoring leader of the line at Aston Villa into the timid, introspective, diffident, chance-missing striker we’ve seen so often this season?

That Villa striker was capable of scoring all kinds of goals – and frequently did against us. Not just the cliched towering headers and muscle-powered goals but those requiring deft touches and appreciation of angles. And just look at how calmly he slots penalties – he seems to possess the reverse skillset to James Milner in that he can strike a still ball but not one that’s moving! That suggests a deftness of touch not normally associated with the conventional ‘big target man’.

It’s not as if he hasn’t scored goals for Liverpool, or even good ones – think of the scissor kick volley at Old Trafford. He reached double figures last season – 9 in the PL, 1 in the EL – as well as 3 Assists. He has won a few flick ons, done a bit of hold-up play – if nowhere near as much as we’d liked and hoped – but the real problem is the runs he make. Or doesn’t make. All too often he’s off down the Piccadilly line when the rest of the team’s on the Bakerloo. Then his confidence gets damaged. Which leads to missing more one-on-ones. Which makes him look more like missing the next one-on-one. You know about vicious circles. It looks like it’s not fear of defenders that’s stalking him, but fear of failure.

The manager he signed for, allegedly to provide a Plan B option, was Brendan Rodgers – although I always thought there was more to his game than simply a Carrollesque hoof-it-up-towards-the-big-man option.

Jürgen Klopp inherited him, and must decide what to do with him. On the face of it he doesn’t look like a player who is tailor-made for the high pressing game (but then neither does Daniel Sturridge. But he offers other attributes which Benteke lacks).

This may be the root of the problem; Benteke decided to join one Liverpool and soon found himself with a different one, playing a very different way. He’s suddenly required to play in a way that is alien to him; the training ground suddenly becomes hell on Earth as his shortcomings in this new game are exposed before his peers. Cue further slump in self-confidence, and more missed chances in front of goal.

An old friend who supports WBA said Benteke used to terrorise them when he played for Villa. He could scarcely believe the difference now, when he saw him play against Albion this season. The tiger tamed, becalmed.

Benteke made 29 PL appearances and 42 in all. But most of those were as a sub – he only made 20 starts in our 63 games,  and played for 1520 PL minutes. That’s the equivalent of just under 17 90 minute stints. WhoScored rate him as weak for Defensive Contribution, Offside Awareness and – crucially – Holding Up The Ball. The first and third in that list are the real sources of concern about his prospects under a Klopp Liverpool.

There’s a player in there somewhere, you know there is. But is it a Liverpool player, with Klopp as manager?

Based on what we’ve seen this season, you’d have to conclude the odds are against it. But if Klopp can get inside his head and a pfenning drops, who knows, we may see a player who starts playing like he looks. 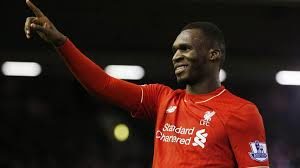 How Was Their Season? No 16: James Milner